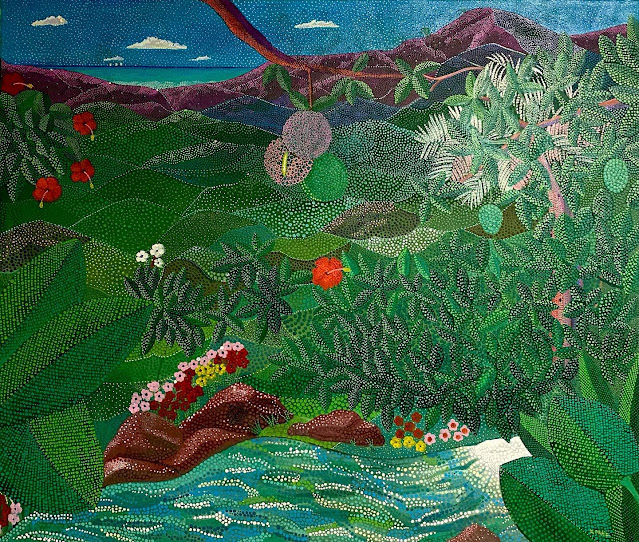 Semillas features sixteen artworks by Puerto Rican artist Raul Ortiz Bonilla (b. 1955), who immigrated from Puerto Rico to Chicago in his early twenties.
The various sections of the gallery take the audience through three stages of the island’s history: pre-colonization, mass migration during colonial periods, and the present moment. However, the artworks in the exhibition are not historical narratives of the past and present. Instead, the art stems from Ortiz Bonilla’s surreal memories of the island he once called home and the realities he met in the midwestern landscape he now calls home. 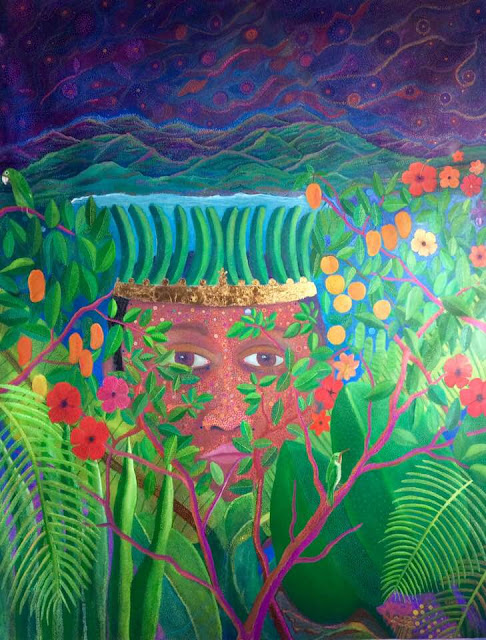 “Homeless” 68”H X52”W oil,gold leafs,acrylic on canvas.
Through his signature dots and seeds, Ortiz Bonilla humanizes nature and connects it to Puerto Rican history. He began using puntos and semillas in his work in 2017 after Hurricane Maria. The deadly storm broke down the idealized image of the island and exposed years of corruption and a substantial lack of infrastructure. Ortiz Bonilla’s puntos break down the island’s appearance and offer a new perspective of hope. Through the Semillas exhibit, Ortiz Bonilla presents a story of migration, planting roots in distant places, and romantic imaginations of what lies ahead and what he—like all Puerto Ricans throughout the diaspora—left behind. 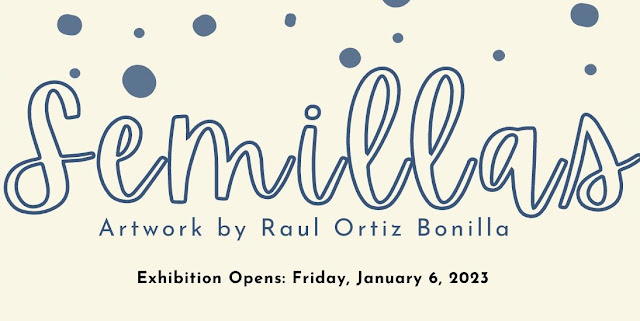