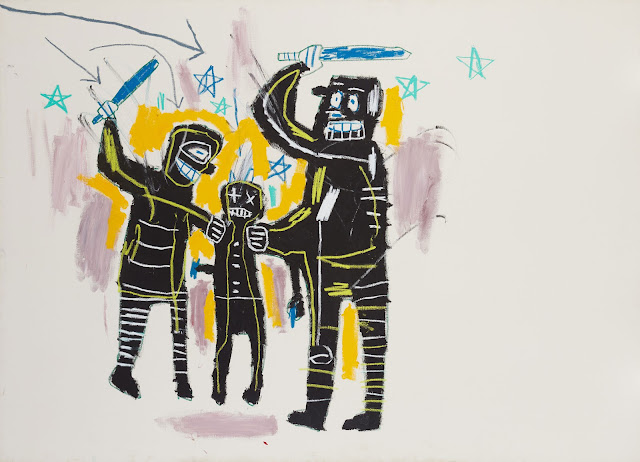 Jean-Michel Basquiat, Jailbirds, 1983. © The Estate of Jean-Michel Basquiat
Jean-Michel Basquiat’s contributions to the history of art and his explorations of multifaceted cultural phenomena––including music, the Black experience, pop culture, Black American sports figures, literature, and other sources––will be showcased through immersive environments providing unique insight into the late artist’s creative life and his singular voice that propelled a social and cultural narrative that continues to this day.

Organized and curated by the family of Jean-Michel Basquiat, this exhibition of over 200 never-before-seen and rarely shown paintings, drawings, multimedia presentations, ephemera, and artifacts tell the story of Jean-Michel from an intimate perspective, intertwining his artistic endeavors with his personal life, influences, and the times in which he lived. 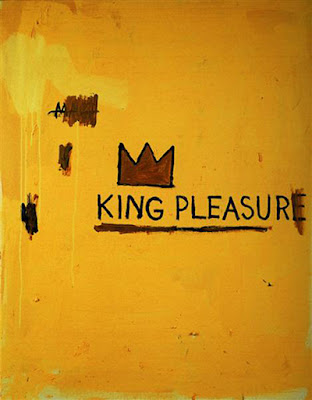 Jean-Michel Basquiat: King Pleasure
© The Estate of Jean-Michel Basquiat
King Pleasure is the title of a painting created by Jean-Michel in 1987 and the name of a bebop-loving bartender turned jazz vocalist whose first hit, in 1952, “Moody’s Mood For Love,” catapulted him to fame. The song was a favorite of the WBLS DJ Frankie Crocker, who played it at the close of his show every night in the 1970s. Gerard Basquiat, Jean-Michel’s father, was also fond of the tune.
The exhibition was designed by acclaimed architect Sir David Adjaye OBE ~ the architect for the Smithsonian National Museum of African American History in Washington, D.C. and the Studio Museum in Harlem to name just a few.The exhibition’s identity has been created by Abbott Miller of visionary design firm Pentagram. He has previously collaborated with cultural clients including the Guggenheim Museum, the Art Institute of Chicago, and the Metropolitan Museum. Rizzoli Electa will release the accompanying book, also titled Jean-Michel Basquiat: King Pleasure©, to coincide with the exhibition. This celebration of Basquiat’s life will open on April 9, 2022 at the NYC Landmark Starrett-Lehigh Building. 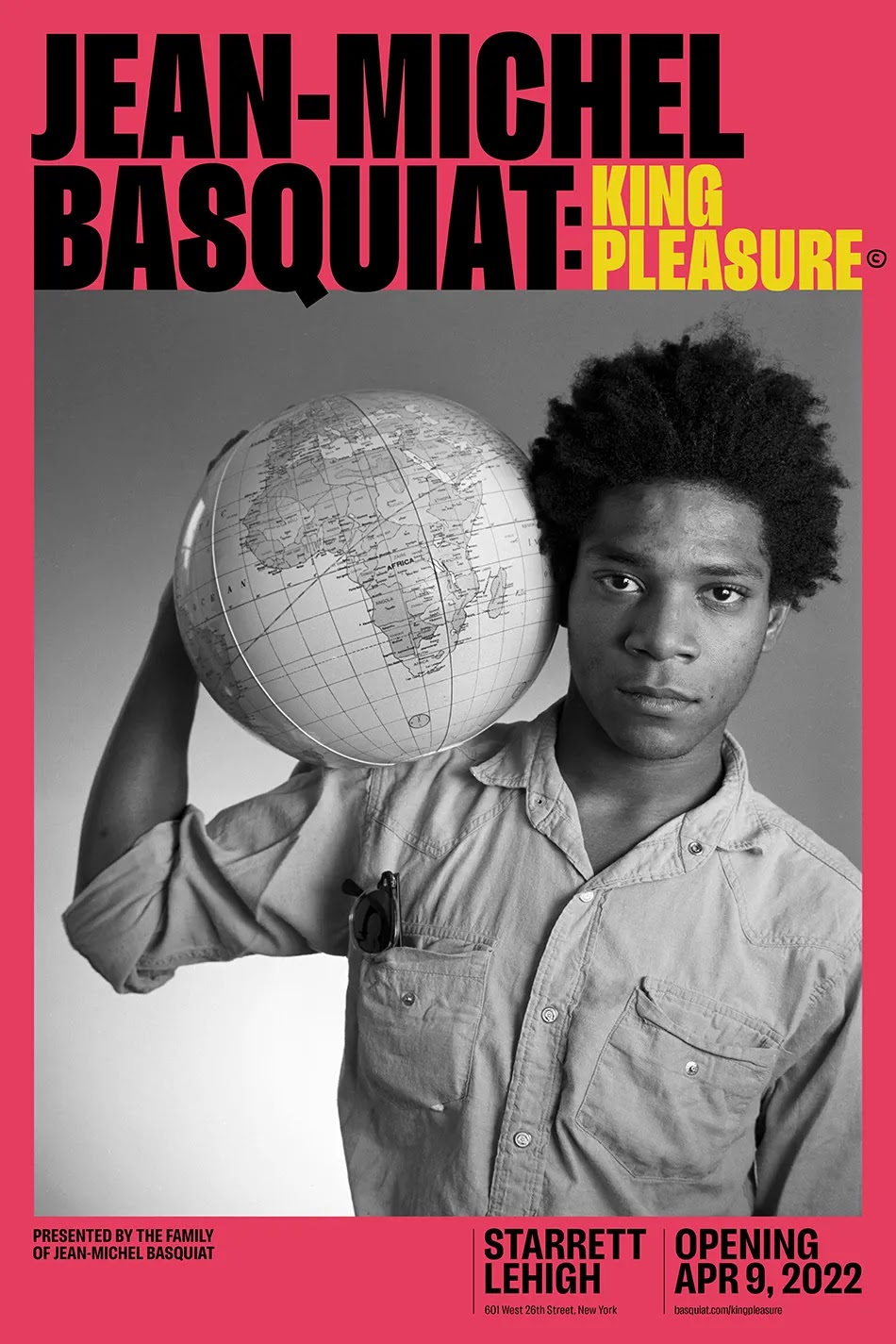