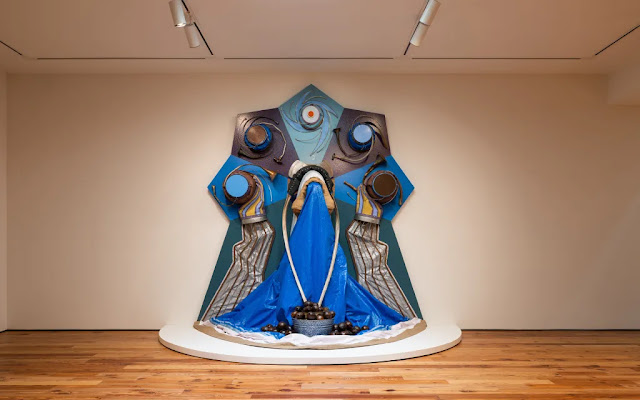 Baño de María, 2018-2022, Assemblage
127 x 120 x 48 in. Courtesy of the artist, Photo: Ryan Gamma
The name María has various meanings. Depending on the language and context, María can mean both of the “sea,” (Latin; mare) and “rebellious” (Hebrew; Miryam). For the people of Puerto Rico, this duality is deeply understood.

On September 20, 2017, Hurricane Maria made landfall in Puerto Rico. Its winds were vicious, upwards of 115-mph, its thunder, rattling, and its rains, torrential. As a result, the Island experienced 84 days without power, 68 days without water, 41 days without cell service, and 4,600 lives lost. With no access to electricity, people on the Island were completely detached from reality—not knowing when the storm would end, how severe the damage was, and when, or if, to expect help. Installation view of Daniel Lind-Ramos: Las Tres Marías, Photo: Ryan Gamma
The artwork of Daniel Lind-Ramos (b. 1953, Puerto Rico) recalls these experiences through collected objects from the aftermath of Hurricane Maria, as well as items given to him by members of his town, Loíza. Through the combination of organic and industrial materials, Las Tres Marías echo the experiential elements of the hurricane—wind, rain, thunder, and lightning— as well as the detrimental impact of Hurricane Maria that is still visible on the Island and felt in its collective consciousness. 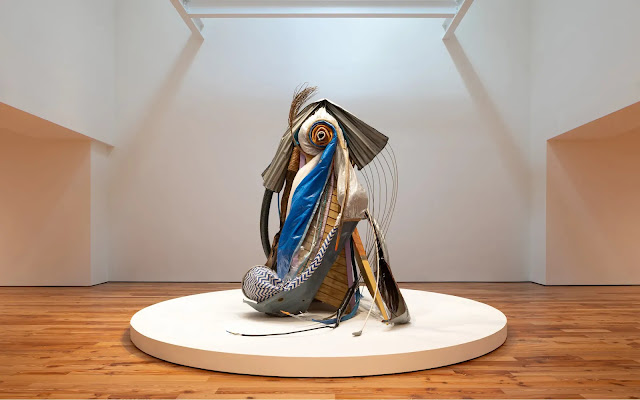 María Guabancex, 2018-2022, Assemblage
110 x 84 x 148 in. Courtesy of the artist, Photo: Ryan Gamma
But rather than resting on this fear and loss, Lind-Ramos’ Las Tres Marías recall Puerto Rico’s resiliency—a resiliency that feels ancient and core to the Island’s identity, as a people who have endured colonialism, cultural erasure, and catastrophe for the last 500 years but have proved time again that the power of survival lies in community. While each of Lind-Ramos’ Marías has a unique appearance and meaning, they unite as a constellation of these histories, memories, and lived experiences. 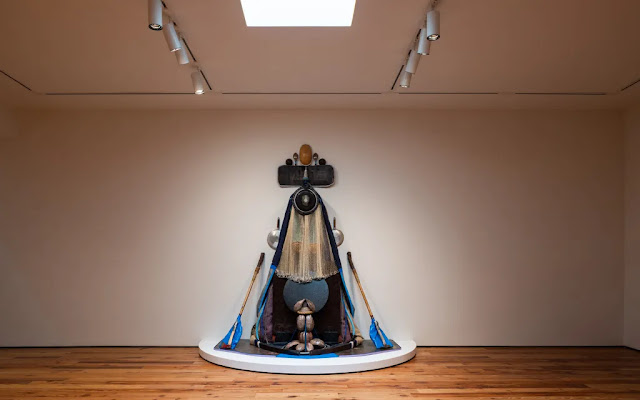 María de los Sustentos, 2020-2021, Assemblage
121 x 91 x 42 in., Collection of David Cancel, Photo: Ryan Gamma
Daniel Lind-Ramos received his BA from the University of Puerto Rico in 1975 and his MA from New York University in 1979. He is currently a Senior Professor at the University of Puerto Rico at Humacao Campus. His work was most recently exhibited at The Ranch (Montauk, New York), Haus der Kunst (Munich, Germany), The Drawing Center (New York, New York), Marlborough Gallery (New York, New York), and the 2019 Whitney Museum Biennial (New York, New York). Lind-Ramos received the prestigious honor of a McArthur Fellowship in 2021, among various other awards. His works are in the permanent collection of various cultural institutions, such as the Whitney Museum of American Art, Cleveland Museum of Art, Museum of Contemporary Art of Puerto Rico, San Juan, and Pérez Art Museum Miami.
His work will be on view through Aug. 7 in the third-floor galleries. More informations:https://www.sarasotaartmuseum.org/
Noticias