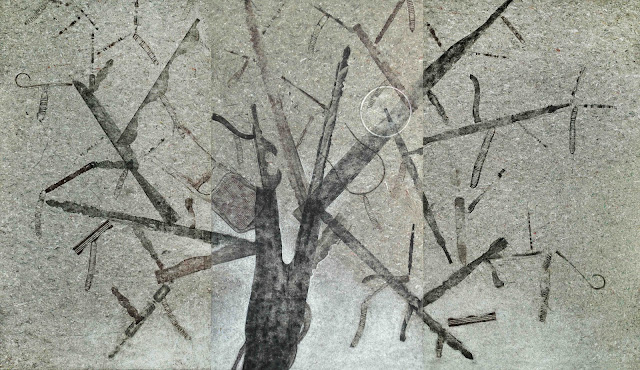 Que vaina, 114” x 195”, impresiones en madera, aluminio,
abanicos y material orgánico sobre fieltro, 2015
Taller Puertorriqueño is proud to present Antonio Martorell’s 2015 A/RESTOS, an immersive print and mixed-media installation on felt. Its title, A/RESTOS, is a play on the verb to arrest, stop, and remain, which is left behind. And it is his response to the economic trouble affecting his country of Puerto Rico and is a harbinger of what was to come.

To Martorell, this work is an act of renewing wrapped in the creative labor that Puerto Rico is undergoing in reaction to the debt crises affecting their government. When Hurricane Maria struck and local and national governments failed to respond, the impetus of the work became even more apparent, that Puerto Ricans were on their own.
About the work 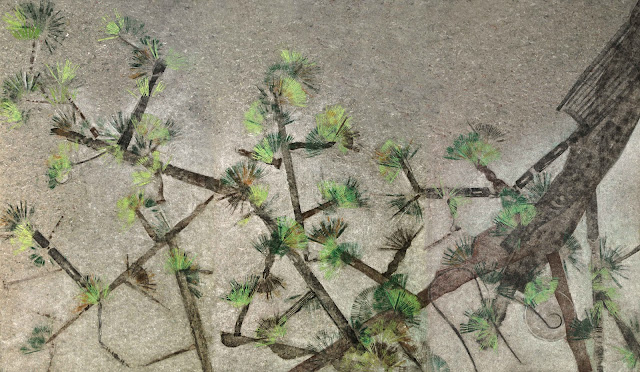 Antonio Martorell (b. Santurce, PR, 1939) is a printmaker, painter, draftsman, installation artist, stage and costume designer, writer, illustrator, and teacher. Martorell is one of the most prolific Puerto Rican artists of the late twentieth and early twenty-first century and a direct heir of the graphic tradition initiated by the masters of the island’s “Fifties Generation.” After studying diplomacy at Georgetown University in Washington, D.C., he changed his professional course. In 1961, with a scholarship from the Ferré Foundation, he studied painting and drawing under Julio Martín Caro in Madrid. On his return to Puerto Rico, he began his printmaking apprenticeship under the direction of Lorenzo Homar at the Graphic Arts Workshop of the Institute of Puerto Rican Culture. In 1968 he established the Alacrán Studio, one of Puerto Rico’s first independent print studios. Martorell has taught printmaking in Puerto Rico, Argentina, Colombia, and Mexico. In his passion for human and artistic expression (which he sees as one), he has created, organized, and sponsored countless artistic, community, and multi-media events. Martorell’s prints and paintings communicate his freedom and exceptional creative talent. He is known for his figurative compositions that show his commitment to portraiture and playful use of language. 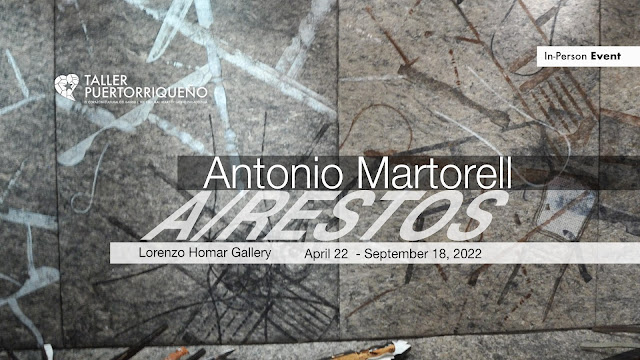