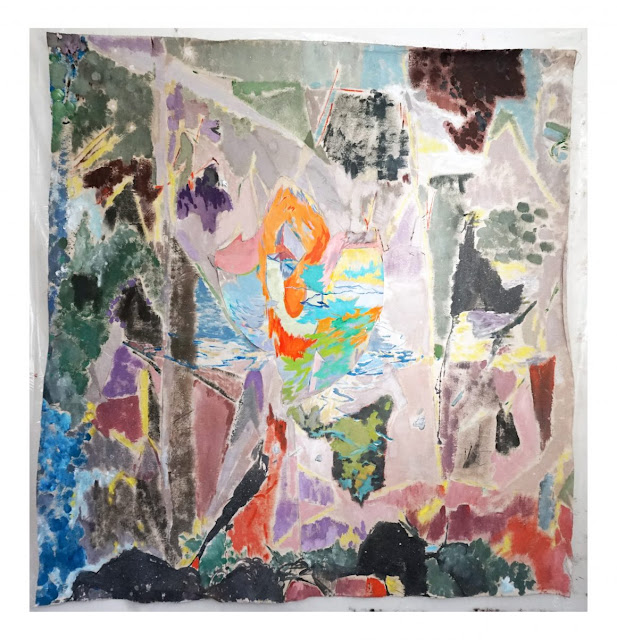 Do public confessionals of daily affirmations on Instagram heal a broken heart faster than affirming one’s self-worthiness in private therapy? Is journalism to blame for the neurotic emotional state of Americans? Which came first: the tweet or the policy?

Pedro Vélez’s new body of work originates in simple, meaningful acts, like caressing the tangled hair of a loved one. These tangled lines can also be seen in a series of paintings depicting the twisted cords of non-responsive window blinds, the internet “tubes”, or the fallen cables from the electric infrastructure left after the destruction of hurricane María. His disjointed lines lead us to vistas of coral reefs visible through the blinds. For Vélez, coral reefs serve as affirmative metaphors against climate change deniers as well as natural regenerative processes of emotional healing. In the series Emotional Backpatches, Vélez portrays anonymous protesters wearing nostalgic jean jackets scrawled with their innermost feelings embodied in back patches. Vélez body of work encapsulates how intimacy is disrupted, occupied, and influenced by our digital selves, and the wild, uncontained landscape of political bots, social media alerts, relentless news cycles, disinformation campaigns, and emojis.

(Note: At the beginning of 2017 Lilliana Bloch and Pedro Vélez started planning this exhibition. But in September of that year hurricane María struck the island. The rest is history.) 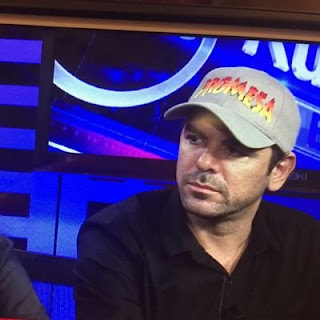 
Pedro Vélez is a painter. Throughout his career he has employed a wide range of mediums including painting with photography, large-scale collages, printed ephemera, and web-based works. His interest in journalism is apparent in his “visual essays” dealing with the tone in which information is filtered through headline news, social media and politics, and how that information affects and coerces morality, personal space, race relations, mood and feelings. Taken together, Vélez’s body of work creates a vibrant, stream-of-consciousness commentary that can be scathingly critical as well as poetically cryptic.

Vélez was featured in the historic survey Net Art Anthology: Retelling the History of Net Art from the 1980s Through the Present Day, curated by Michael Connor and Rhizome in New York. He has an upcoming solo exhibition at Liliana Bloch Gallery in Dallas in 2021, and Season Gallery in Seattle, Washington will present his work at Future Fair in New York in May. He has also been included in JUNTXS: Selections from the Hernández Catrodad Collection, curated by Dianne Brás Feliciano, at the Museum of Art and Design of Miramar in Puerto Rico opening in March, 2020.

Vélez obtained his B.A. in Communications at the Universidad del Sagrado Corazón in Puerto Rico and an M.F.A. from The School of the Art Institute of Chicago. His work as an artist has been discussed in Artforum, Glasstire, Chicago Tribune, Pelican Bomb, Star Tribune, Miami Herald, Daily Serving, Hyperallergic, and Frieze among many others. For 12 years Pedro Vélez worked as a cultural critic for Artnet Magazine and Newcity Chicago, and his writing has been published in New Art Examiner, Art F City, Modern Painters and Arte al Día. He was also the founder of the notorious blog El Box Score in San Juan.? The artist retired from professional art criticism in 2013. He lives and makes art in Puerto Rico.
Noticias 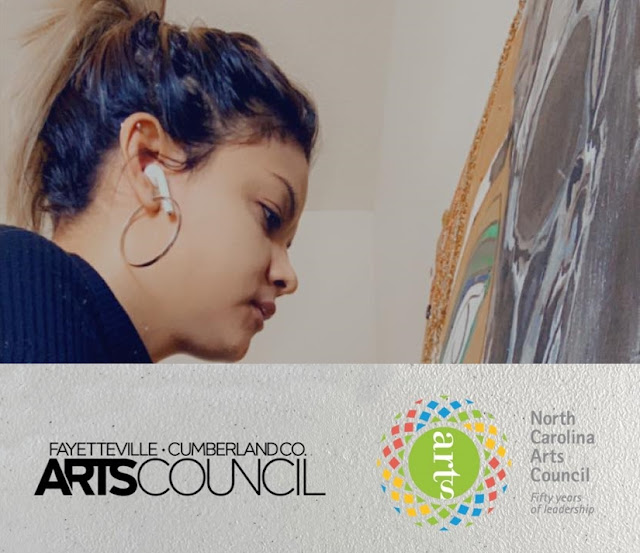