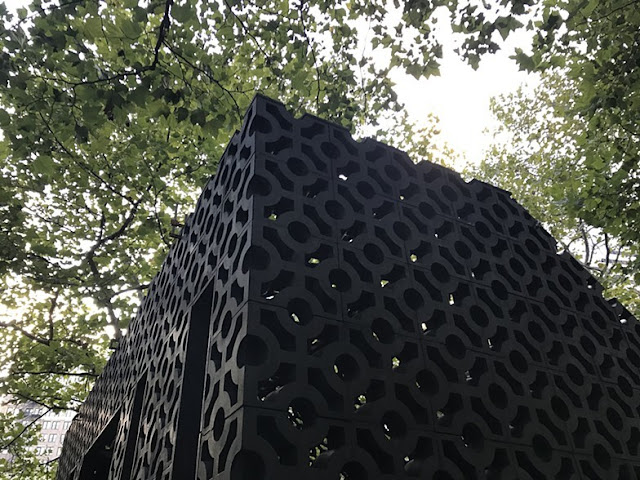 Chicago - The Millennium Park Foundation and the Department of Cultural Affairs and Special Events are pleased to announce a new sculpture exhibition in the Boeing Galleries North. The newly commissioned work, on display through 2021, are site-specific installation by Puerto Rican - Chicago-based artist Edra Soto.

“Few spaces offer the expansive environment for monumental art of this scale, said Mark Kelly, commissioner of the Department of Cultural Affairs and Special Events. “The millions of visitors that come to visit Cloud Gate and Crown Fountain will be thrilled to engage with these new installation. by two accomplished Chicago artists.” 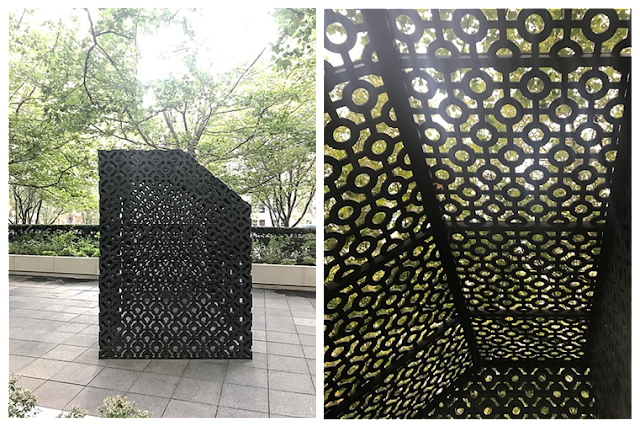 Constructed from approximately 400 charcoal-hued, 12-inch cast concrete blocks, the 10-foot high pavilion-like structure comes out of an ongoing series exploring symbolic transplants of iron grills and decorative concrete screen blocks found throughout the Caribbean and the American South. These decorative screens, known as rejas and quiebrasoles, are ubiquitous in Soto’s birthplace in Puerto Rico. In Screenhouse, Soto transforms the quiebrasol form from a planar screen that divides public from private into a nearly fully enclosed, free-standing structure that functions as both a sculptural object and a social gathering place. 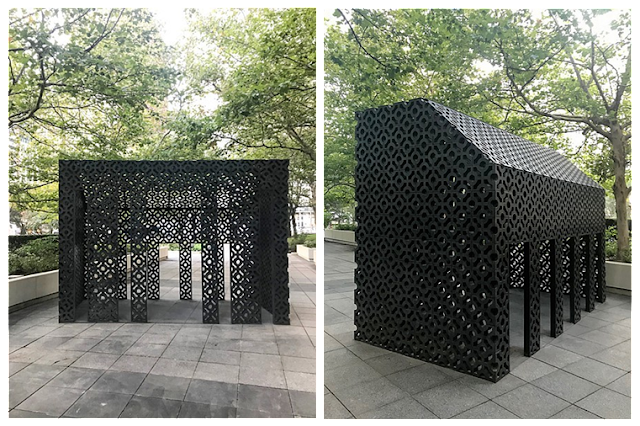 Born in Puerto Rico and now based in Chicago, Edra Soto is an interdisciplinary artist, educator, curator and co-director of the outdoor project space THE FRANKLIN. Her recent projects, which are motivated by civic and social actions, focus on fostering relationships with a wide range of communities. Her work has been shown at museums throughout the United States and included in three exhibitions supported by the MacArthur Foundation’s International Connections Fund in Puerto Rico, Cuba and an upcoming 2020 project in Salvador, Brazil. Edra Soto holds an MFA from the School of the Art Institute of Chicago, and the Escuela de Artes Plásticas y Diseño de Puerto Rico. She teaches Introduction to Social Engagement at University of Illinois in Chicago and is a lecturer at the School of the Art Institute of Chicago.
Noticias