Drawings by Rafael Trelles on view at Point of Contact Gallery 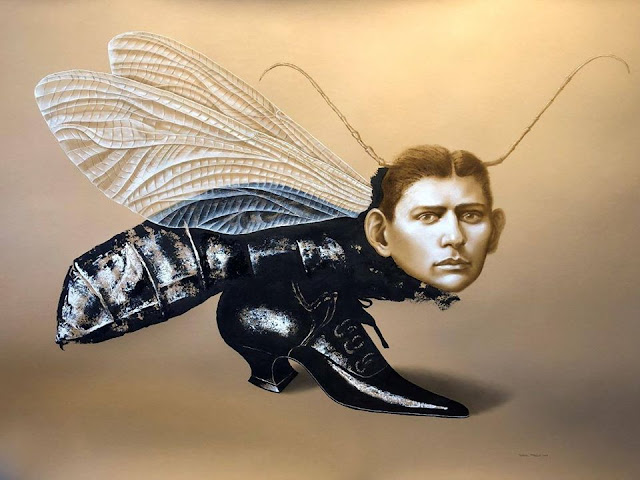 The Imagined World includes twenty-two works on paper by Puerto Rican artist Rafael Trelles. Produced between 2017 and 2019, these drawing combine painting and printmaking elements and feature protagonists from various literary sources. Throughout this series, Trelles masterfully weaves together themes of memory and reality; magic and the mundane; and art and literature.

Like figures from our memories, the characters in this series are not presented in a wholly realistic way. More than literary protagonists, these characters are memories pulled from Trelles’s mind. When discussing his process, Trelles says he began the first works in this series by drawing an anonymous figure. As he drew, each figure brought forth a recollection of a literary work from his memory. “I didn’t choose the characters,” he explains, “they chose me.”

From Santurce, Puerto Rico, Rafael Trelles is a painter, printmaker, installation artist, stage and costume designer. Trelles completed his Bachelors’ Degree at the University of Puerto Rico, and his Doctorate from Escuela Nacional de Artes Plásticas (Academia San Carlos). In the mid-1980s, Trelles resided in the Canary Islands, where he produces a series of paintings titled The Universal Tarot, resembling his later works use of mysticism and magic. Returning to Puerto Rico in 1986, he dedicated himself to his art and to the artist group El Alfil (Image and Word), which he co-founded in 1994. Trelles also does public art using a pressure hose on walls, sidewalks, and other surfaces, a genre he calls “urban graphic art” seen in the 2007 documentary En Concreto (On Concrete). The film illustrates this experimental graphic work originally designed for abandoned sectors of worldwide cities.

In The Imagined Word at Point of Contact Gallery, Trelles employs references to Hispanic mythology and world literature. Influenced by surrealist Max Ernst, he brings the viewer on a voyage to an esoteric world of characters in dreamlike settings, where solitude reigns. 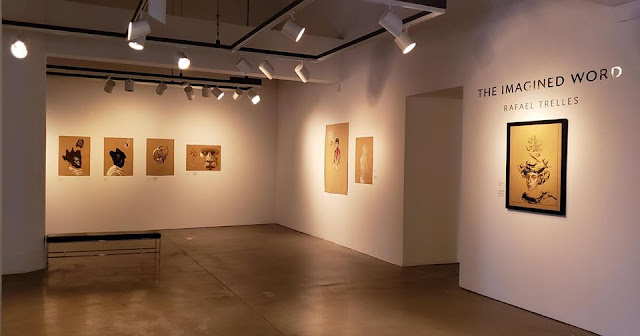