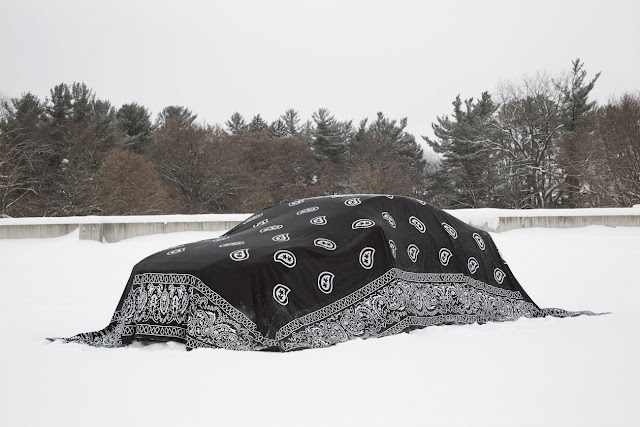 ACRE Projects is pleased to present Intimacy of Visibility, a group exhibition featuring Ivy Guild, Marina Peng, and Vanessa Viruet. Engaging the relationships between intimacy, visibility, and ways of seeing, the artists create work to resist tropes commonly depicted in the media, combat stigma they witness and experience in their personal lives, and celebrate underrecognized narratives. Within their individual practices, they dissect conventional methods of representation with the intention of creating space for the unseen and ignored.

Currently in graduate school at the University of California—Irvine, Ivy Guild is exploring the female body, reproductive rights, and capitalism, employing craft to make the links between them tangible. Using her practice as a lens through which to view her position in society, Guild is interested in examining the meaning of safe space, and is particularly drawn to fibers—materials of comfort—as they are a universal language signifying safety and warmth. Typically associated with female labor, craft projects are time consuming, resisting immediate gratification, and paralleling the lengthy, and often arduous, processes of community and family building. Within Intimacy of Visibility, Guild exhibits, for the first time, a series of fiber works that are inspired by Silvia Federici’s scholarship surrounding these connections. By manipulating scans of monthly menstruations, Guild creates malleable sculptures scattered throughout ACRE’s main gallery space. Her pools of pillows reject a dominant patriarchal idea that views female bleeding as unclean, instead using soft materials to reference cycles of health and the peace of mind felt from knowing one’s own body.

Like Guild, artist Vanessa Viruet frequently works with fibers to raise awareness surrounding social issues within Western culture. Engaging her Puerto Rican heritage, she uses her artistic practice to investigate and question the prominence of celebratory events found Latinx cultures. Why do weddings, birthdays, and new babies garner more attention than achievements signifying hard work, including graduations and earning the dream job? Viruet hopes to reshape these narratives, using her work to instead celebrate accomplishments that are often difficult to attain due to socioeconomic barriers to access. Incorporating bandanas screen printed with paisley patterning, garments regularly associated with Latinx communities, she recreates red carpets, flags, and the traditional cap and gown graduation attire to reclaim colonization and restructure conventional measures of success. Within The Intimacy of Visibility, Viruet showcases an installation that centers stories of academic triumph, making space for and paying homage to young graduates, their supporters, and mentors. 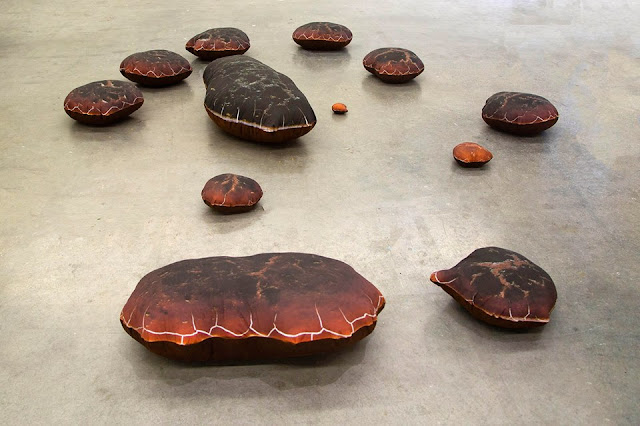 Multimedia artist Marina Peng has created a new video installation for The Intimacy of Visibility that shows a subject’s reaction to collective laughter that is heard off-camera. Laugh Track I arises questions of power imbalances between the group versus the individual. In this work, Peng completely eliminates the physical presence of the laughing crowd as well as the reason for its laughter. Historically and especially within marginalized communities, the objectified parties (often times labeled as victims) are forced to laugh in response to group sentiments with which they do not agree in order to defend themselves against scrutiny or retaliation. Peng encourages audience members to notice the discomfort they develop from watching the subject’s expressions closely. By simply looking and listening, this work acquires an even wider audience of voyeurs, implicating each individual as a member of the group. This piece plays with ideas of trust and instinct, erasing the perspective of the initial voyeur(s) to show that the subject’s expressions of discomfort surrounding unheard statements are valid.

Vanessa Viruet is a Chicago based fiber artist of Puerto Rican descent. She was raised in Milwaukee, WI and received two degrees from the Maryland Institute College of Art, a MA in Teaching and a BFA in Fiber. Viruet creates monumental scale artworks to examine the complex histories rooted in textiles. Her work addresses issues such as identity, cultural heritage, gender and class. For six years she served as an art instructor for Chicago Public Schools and in 2018 she received her MFA in Fiber from Cranbrook Academy of Art. She recently completed an apprenticeship at the Fabric Workshop and Museum in Philadelphia and an ACRE summer residency in Steuben, WI. Viruet exhibits her work nationally and has studied abroad in France and Jamaica. She currently teaches at the School of the Art Institute of Chicago. Someday she hopes to have her own college scholarship for artists of color. (www.vanessaviruet.com)