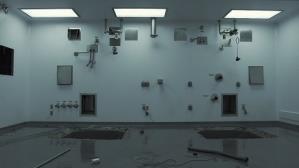 Bilbao - From March 15 to June 23, 2019, the Guggenheim Museum Bilbao presents the exhibition Allora & Calzadilla: The Tropical Pharmacy as part of the 2019 programming of the Film & Video gallery, a space where the Guggenheim Museum Bilbao presents referential works of video art, video installations, and explores moving images as a key artistic language of our time. This show will feature several works by the artists Jennifer Allora (Philadelphia, USA, 1974) and Guillermo Calzadilla (Havana, Cuba, 1971), who have been working together for over 20 years and are a major reference for contemporary art practices. 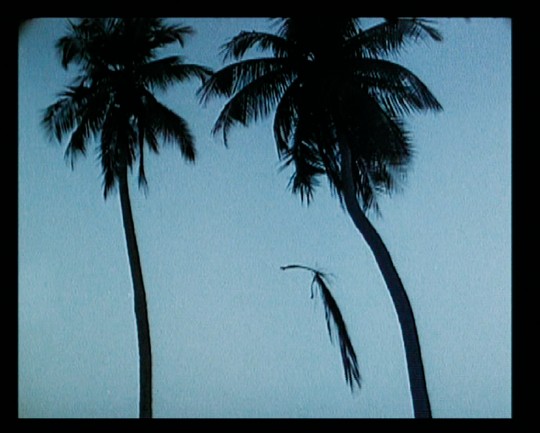 Deadline (2007)—a film recording made on the wake of hurricane George in San Juan de Puerto Rico. The 16mm film captures a frond precariously dangling midair between two palm trees. Suspended from an unseen kite filament, the floating branch challenges gravity in its arrested fall, introducing a delay—a melancholy, enigmatic, uncanny lapse— in the devastation of the landscape. 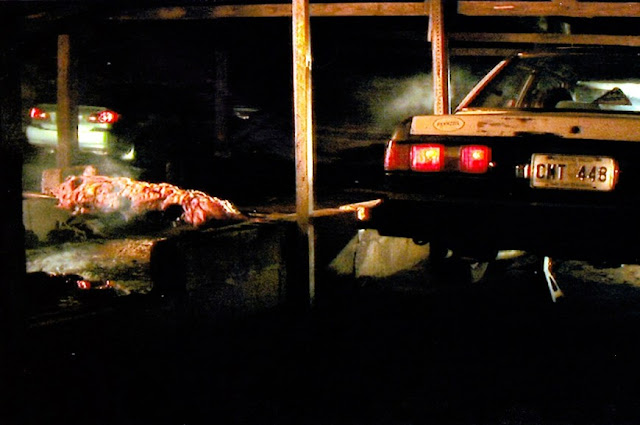 The screening of this film alternates with Sweat Glands, Sweat Lands (2006), a work that is part of the Collection of the Solomon R. Guggenheim Museum, New York. The piece was produced in collaboration with the musician René Pérez Joglar, better known as Residente from the band Calle 13, a renowned figure in Latin pop music who has been awarded 25 Grammys in the last years. The short and enigmatic scene places us in a half-built, half-abandoned barbecuing structure, locally known as lechonera, where a man patiently smokes inside a vehicle, which has been hacked as a barbecuing device. The man rotates a pork roast using the gas pedal and we hear Residente’s vocal performance of a poem written by the artists, where descriptions of organic processes, prehistory, and capitalism chaotically intermingle with flashes of animal perception in a tropical ecosystem in crisis. This composite situation is rhythmically dominated by the drone of the car’s engine, and visually saturated by fumes coming from each character in the scene— car, driver, pig. 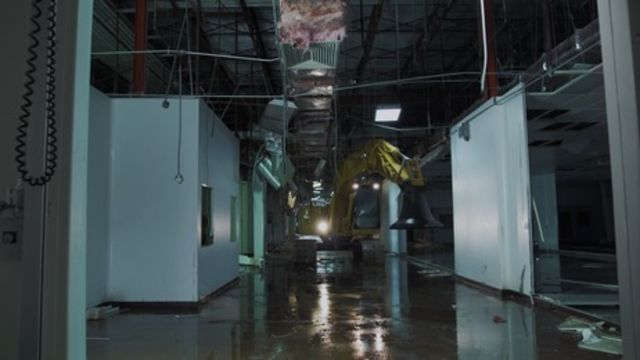 The Bell, the Digger, and the Tropical Pharmacy (2013), from whoch the exhibition’s title is inspired, spectacularly documents the demolition of a US-owned, large pharmaceutical processing plant located in Cidra, Puerto Rico. The event is emblematic of the material frailty of a territory defined by its colonial status as an “unincorporated” state of the United States. At the same time, the unstoppable demolition of the facilities by heavy machinery recall the frantic pace of the capital flight in a country that is pummeled by an extraordinarily severe debt crisis. While the title of The Tropical Pharmacy evokes the potential for human use afforded by the biodiversity of the Caribbean, it also ironically underscores the precarious healthcare system and lack of support after the recent natural catastrophes in the island, which have only magnified its financial collapse. In the video, the artists replace the bucket of the digger with a huge bell, turning the site demolition into a unique sound performance. As the architecture crumbles, the bell releases a signal we may be understand as a calling, a change of era, a mournful event, or the voice of an environmental alarm.

As an articulated whole, the three pieces included in The Tropical Pharmacy exemplify Allora & Calzadilla’s characteristic operations where the functions of everyday objects are transformed, collaged, and reinvented within contexts of urgency. In their transformative drive, their works are responses to material despair and attempts to reactivate hope.

Based in San Juan, Puerto Rico, Allora & Calzadilla situate their work at the intersection of sculpture, performance, and video, a multiplicity that exemplifies the complexity of their approach. The Tropical Pharmacy articulates three videos in an ensemble that has specifically been designed for the Guggenheim Museum Bilbao’s gallery 103. The selected pieces reveal the consistency and diversity of the work Allora and Calzadilla have undertaken on the island of Puerto Rico, a territory which they investigate from multiple vantage points, and through which they question the relationships between cultural history, ecology, and global geopolitics.
Noticias