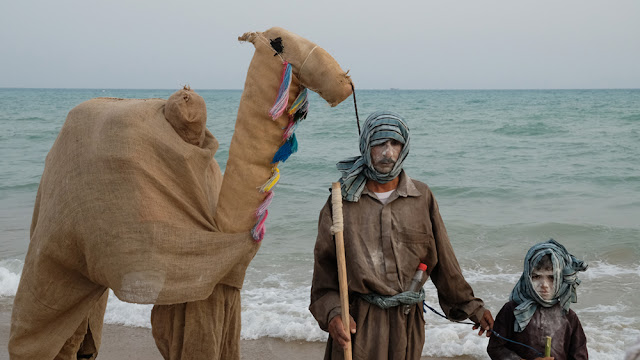 Alia Farid, At The Time of Ebb, 2019. Production still. A new commission for Sharjah Biennial 14: Leaving the Echo Chamber – Look For Me All Around You, 2019. Courtesy of the artist

Sharjah, UAE – Sharjah Art Foundation (SAF) will feature over 80 established and emerging artists from around the globe, over 60 major new commissions and many never-before-seen works in the upcoming Sharjah Biennial. Open to the public from 7 March to 10 June 2019, the fourteenth edition of the Sharjah Biennial (SB14), Leaving the Echo Chamber, will explore the possibilities and purpose of producing art when news is fed by a monopoly of sources, history is increasingly fictionalised, when ideas of ‘society’ are invariably displaced, and when borders and beliefs are dictated by cultural, social and political systems. Concurrent with the opening of SB14, from 9 to 11 March, the SB14 curators will present the foundation’s March Meeting (MM 2019), an annual convening of local and international artists, curators, scholars and other arts practitioners who explore topical issues in contemporary art through a programme of talks and performances.

Curators Zoe Butt, Omar Kholeif and Claire Tancons, who have collaboratively conceived the SB14 theme, will present three distinct exhibitions that bring together a range of experiences and works—including major new commissions, large-scale public installations, performances and films—to create a series of provocations about how one might renegotiate the shape, form and function of the ‘echo chamber’ of contemporary life. Butt, Kholeif and Tancons will also spearhead three distinct programmatic approaches for March Meeting 2019, with each curator programming one day of talks and performances corresponding to the ideas raised in their respective SB14 platforms. 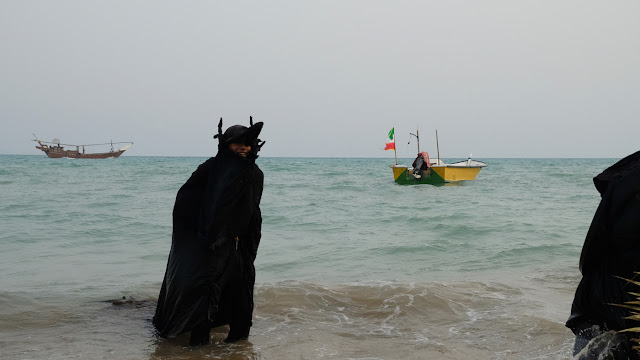 Alia Farid, At The Time of Ebb, 2019. Production still. A new commission for Sharjah Biennial 14: Leaving the Echo Chamber – Look For Me All Around You, 2019. Courtesy of the artist

‘Contemporary life is dominated by competing information and fluctuating histories—a reality that raises important questions about the trajectory of contemporary art as well as the conditions in which it is made,’ said Hoor Al Qasimi, Director of Sharjah Art Foundation. ‘Zoe Butt, Omar Kholeif and Claire Tancons bring incredibly different perspectives to these questions and together represent the complexity of challenges faced by today’s artists and society as a whole. The aim of Sharjah Biennial 14 is to deepen the context of these questions through thought-provoking and often experiential works of art, and this year’s March Meeting will complement and provide opportunities to explore these works and the Biennial theme more deeply.’

On view in buildings and courtyards across the city’s arts and heritage areas as well as SAF’s Al Hamriyah Studios, the east coast city of Kalba and other public spaces across and around the city and emirate of Sharjah, Leaving the Echo Chamber will explore subjects ranging from migration and diaspora to concepts of time and interpreted histories, giving artists the agency to explore stories that echo in a different way and reveal differing means of connecting and sustaining a collective humanity.
Sharjah Biennial 14 (SB14) will be held in March 2019, and the curators are Zoe Butt, Omar Kholeif and Claire Tancons.

Encompassing drawing, spatial installations and film, Alia Farid's work explores the correlations between the shaping of environment and perception. 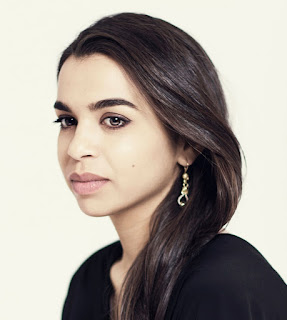 Born in 1985 in Kuwait, she currently lives and works between Kuwait and Puerto Rico.