NEW YORK, February 25, 2019—The Whitney Museum of American Art announced today that seventy-five artists have been selected to present their work in the 2019 Whitney Biennial, co-organized by two Whitney curators, Jane Panetta and Rujeko Hockley. This will be the seventy-ninth in the long-running series of exhibitions launched by the Museum’s founder, Gertrude Vanderbilt Whitney, in 1932. Considered the country’s foremost survey of contemporary American art, the Whitney Biennial delivers a frontline report on what’s happening in American art today. The 2019 edition will run from May 17 through September 22.

Panetta remarked: “Ru and I especially focused on emerging artists and first time Biennial participants: approximately seventy-five percent of the artists in the show are under forty and only five have previously appeared in a WhitneyBiennial. In part, this emphasis resulted from what we saw during our research across the U.S., as we were struck by the profound difficulties of our current moment and the ways in which so many artists we encountered are struggling and facing fewer opportunities to present their work publicly.” 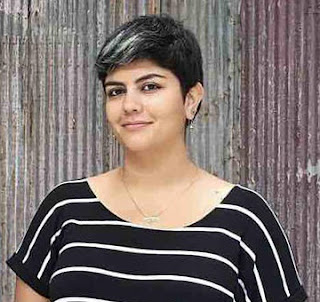 Hockley noted, “Although intentionally broad in scope, the exhibition explores key themes, including the mining of history in order to reimagine the present or future, a profound and sustained consideration of questions of equity along financial, racial, and sexual lines, a concern with climate change, and explorations of the vulnerability of the body. Artists in the exhibition are engaged with notions of what community means and can provide while using art to confront and cope with our current world.”

Adam D. Weinberg, the Museum’s Alice Pratt Brown Director, commented: “Taking the pulse of American creativity and culture, the Whitney Biennial has been finding the future of contemporary art for nearly a century. The Biennial is an essential strand of the Museum’s DNA, a chance to reaffirm one of the Whitney’s deepest commitments: to support the work of living artists and to engage in a cultural dialogue about what contemporary art is and why it matters.” 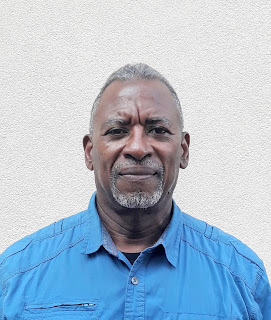 The artists selected for the 2019 Whitney Biennial, ranging from emerging to well-established individuals and collectives, are working in painting, sculpture, drawing, installation, film and video, photography, performance, and sound. Work will be presented throughout the Fifth and Sixth Floor exhibition galleries, as well as in numerous spaces both inside and outside the Museum. The curators traveled throughout the country and made more than 300 studio visits over the past year. Panetta and Hockley noted, “Our studio visits were an opportunity to meet new artists but also to see new work by many we already knew. These visits were a critical opportunity to get a general feel for what artists were doing and making across the United States in 2018-19. While we might have expected to find work that was more strident in tone given the difficulties and instabilities of the times we are living in, the art we encountered continues to put forth a deliberate sense of forward-looking optimism. We found something incredibly hopeful—and even productive—about the work we’ve selected for this exhibition.” A small number of the artists in the exhibition are Canadian, several are based in Puerto Rico, and a number were born abroad or now live and work outside the U.S.

Scott Rothkopf, Senior Deputy Director and Nancy and Steve Crown Family Chief Curator, noted, “Jane and Ru have gathered an extraordinary group of artists to create a show that will feel extremely timely. Much of the work has an intensely personal and even a deliberately handmade quality, which will be amplified through a strong presence of live performance. In addition, the exhibition’s galleries will emphasize groupings of artists, rather than monographic installations, to create poetic—and at times pointed—conversations among their works.” 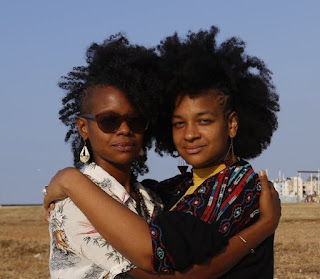 A broad range of performance projects and artists will be presented, with some artists directly engaged with dance (and the history of the medium), and others working in the space of social engagement and critique. Eight artists (including one collective) will be working in the galleries, in the theater, outdoors, and in various interstitial spaces throughout the Museum. The curators noted, “It felt particularly important to us to include a dynamic performance program in the exhibition, given that artists in this area often struggle even more than their peers with object-based practices.” Among the artists in the performance program are Morgan Bassichis, who combines stand-up comedy, music, and mysticism into stories of queer alienation, love, and liberation; Brendan Fernandes, whose sculptural installation in the galleries will be activated by ballet dancers; Madeline Hollander, whose choreographic work questions the boundaries between our bodies and the environments we inhabit; Sahra Motalebi, who will present a new iteration of her opera Directory of Portrayals in the theater; and Las Nietas de Nonó, comprised of two sisters, Lydela and Michel Nonó, whose joint practice encompasses performance, theater, dance, and visual art, combined with activism and education, in work that focuses on their home neighborhood, Barrio San Antón in Carolina, Puerto Rico.

Additionally, Greta Hartenstein (formerly a senior curatorial assistant at the Whitney, now an independent curator focused on performance) will co-curate the performance program of the Biennial, bringing in work by Autumn Knight, nibia pastrana santiago, and Mariana Valencia, each of whom will engage with the interstitial spaces of the Whitney. Knight will re-present a long-standing and ongoing performance Sanity TV, here reconsidered for specific locations and contexts within the Museum. santiago will present a new work in the building, combining her extensive background in dance with considerations around the Museum’s site downtown adjacent to the Hudson River. And Valencia will also present a new work, expanding her interest in combining research with durational choreography and dance. 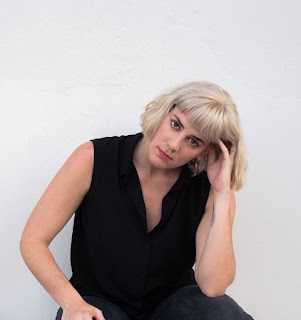 Three guest curators were invited to select the eleven artists for the film program: Maori Karmael Holmes (BlackStar Film Festival founder), artist and filmmaker Sky Hopinka (whose work was shown in the 2017 Biennial), and filmmaker/documentarian Matt Wolf (Wild Combination: A Portrait of Arthur Russell and Teenage). Holmes’s program includes work by the British-born Jenn Nkiru, whose works map global Black music, fashion, and visual culture; Darius Clark Monroe, part of the team behind the HBO series Random Acts of Flyness; and the Ghana-born musician and filmmaker Blitz Bazawule, also known as Blitz the Ambassador. Hopinka selected Thirza Cuthand, who combines pop genres like sci-fi, horror, and fairy tales into highly personal, confessional works; Colectivo Los Ingràvidos, a Mexican collective, whose moving-image works confront violence and corruption in contemporary Mexico; James Luna (d. 2018), whose work over a thirty-year career interrogated America’s iconography of Indigenous experience through a wide array of practices, including multimedia installation, video, and performance; Caroline Monnet, whose moving-image works and mixed-media installations engage with the contradictions of Indigenous life and identity in Canada; and collaborators Adam Khalil, Zack Khalil, and Jackson Polys, whose video work challenges assumptions about Native American culture, notably through the story of a nine-thousand-year-old skeleton found in Washington state in 1996. Wolf will present work by Barbara Hammer, the prolific lesbian filmmaker whose films explore the bodies, relationships, and narratives of queer women in particular who have been absent from both cinema and history; Sam Green, whose documentaries fearlessly probe complex ideas and fraught historical events; and FIERCE/Paper Tiger Television, two groups who banded together to examine the conflict over the Christopher Street Pier, gentrification, and the erasure of queer histories and spaces. 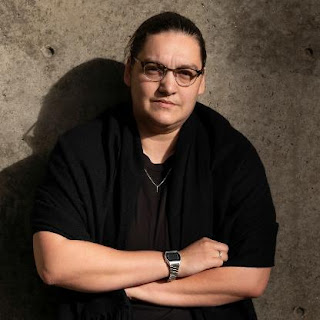 Elle Pérez,
Born 1989 in the Bronx, NY,
Lives in Brooklyn

Making use of an augmented reality component, Lucas Blalock will create a mural-sized photographic work to be exhibited on the façade of 95 Horatio Street, located opposite the Museum and across from the southern entrance to the High Line, on the corner of Gansevoort and Washington Streets. Jeffrey Gibson will create a work for the Lobby using fabric and text, to be installed above the admissions desk; Diane Simpson will have a solo presentation with multiple sculptures in the Lobby Gallery; Marcus Fischer’s sound installation will be heard in the stairwell; the Fifth Floor terrace will be the site of a new sculptural installation with embedded videos by Meriem Bennani; and there will be a new large-scale, multi-part sculpture by Nicole Eisenman, a tableau of monumental figures, installed on the Museum’s Sixth Floor terrace.