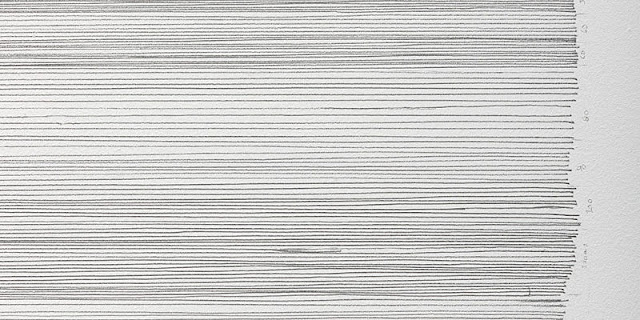 On February 21st we welcome you for a new edition of Artefact, an exhibition and festival on contemporary visual arts, current events and societal challenges. Parallel Crossings takes the text by stanley brouwn here above as its starting and crossing point. brouwn developed in his body of work a relation to the world, a relation which he constantly requalified by the act of walking and the use and reconsideration of measurements, distances and movements.

Human beings, nature, money, data, goods ..., all around us, nearby or very far away, everything is continuously in flux. The artists in this exhibition do not position themselves in the focal points of current events. They move quietly and unravel the deeper nature of mankind as a species in constant motion. Through factual and imaginary movements in time and space, worlds find their ever-changing forms.

Parallel Crossings is a meeting place where different movements come together, almost touching or crossing each other. The exhibition opens with Foyer, a film by Ismaïl Bahri resulting from experiments in filming with a sheet of paper placed in front of the lens of the camera. Unexpected and subtle, voices of passers-by who engage in conversation with the artist fill this neutral space with poetic and political layers, allowing the world to enter the screen.

The exhibition ends with Le Réduit. During his research on Belgian colonial history in Congo, Sven Augustijnen came across plans for a project in the Katanga province in the 1950s. This “réduit” was conceived as a city to serve as a refuge for the Belgian government in the case of problems in Europe. Before Augustijnen discovered these documents, they had never left the archive nor had they been studied by anyone.

And in between, Renata Lucas, Lygia Clark, Christoph Fink and Marjolijn Dijkman create new paths and landscapes. Tony Cruz Pabón will try to draw the distance he travelled from Puerto Rico to Leuven in a new Distance Drawing. Alia Syed, Dušica Dražić and Luke Fowler explore feelings of displacement and dislocation. Due to Brexit, Fowler will soon lose his European citizenship. In his film Enceindre, he portrays anachronistic structures in Berwick (England) and Pamplona (Spain), which become symbols for contemporary developments. 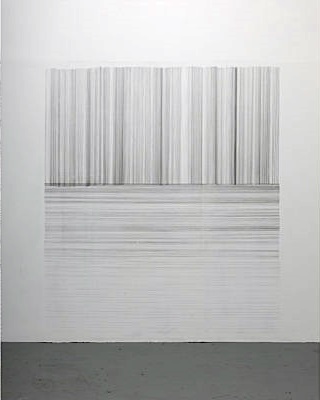 
Living on an island makes one acutely aware of territorial limits. Tony Cruz Pabón draws measurements and distances. Generally, these drawings do not happen on paper, but on walls and other surfaces. His Distance Drawings (2003–present) are unfinished wall drawings made with pencil, carbon or chalk that try to trace the miles separating one place from another, most often the distance travelled from his home in San Juan, Puerto Rico, to the place where he is exhibiting. The attempt to draw these distances almost always ends in failure, due to the impossibility of visualizing such a journey in its totality; the traces of the artist’s unattainable endeavour remain on the wall as the work of art.