Four decades on from his influential mark on New York City’s graffiti movement of the late 1970s that eventually pushed the illicit visual vernacular of the subway graffitists through the lips of contemporary art society, Lee Quiñones has created intimate new works meditating on the passage of time and the organic process by which meaning speaks through his artistic practice.

IF THESE WALLS COULD TALK consists of a series of framed “tablets” – writings on slabs of drywall and wood paneling that once were the walls of Quiñones’s studio(s), which were painstakingly removed during recent years. Unlike the urban landscape largely hostile to his earliest artistic production, these walls have offered an inviting interiority for the artist to perform his spray bomb color tests that ultimately become the foundation of his paintings.

Absent any margins, borders, signposts or obstructions, it is from within these forests of colorful abstraction that Quiñones’s voice begins to break the surface in the form of self-addressed letters, musings, song lyrics and colloquial language. By allowing these words and markings the stillness to develop over time, Quiñones is able to resolve disharmonies in composition, color palette and even discover the titles for his paintings on canvas and paper, such as “Born from Many Apples” and “Nine Lives,” both new works that will debut in the show.

By 1989 the most memorable graffiti works of Lee’s generation had largely disappeared. But included in this show is a selection of never before seen ink on paper drawings that served as preliminary studies for some of Quiñones’s original subway murals. Against a backdrop of visual noise, graffitists have traditionally asserted their public presence through the frenetic medium of the moment, heady acts of subversion arguably as vain as they were brilliant. So in a surprising departure, these sketches reveal a measured approach to preparation within Quiñones’s earliest process that reverberates into the present – a voice that carries. 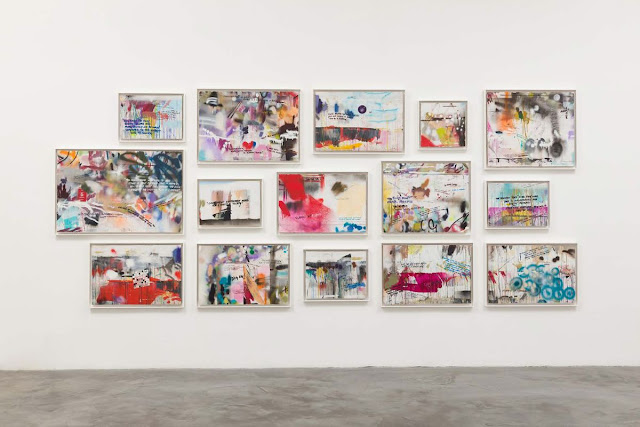 Lee Quiñones was born in Ponce, Puerto Rico in 1960, and raised in New York City’s Lower East Side. One of the originators of street art, Lee started painting on New York City’s streets and subway cars in the 1970s.

Over the next decade he would paint over 100 whole subways cars throughout the MTA system, then shift to a studio-based practice. Lee was instrumental in moving street art above the ground when he created the first handball court mural in 1978. He has had numerous solo shows and exhibited internationally, first at Galleria Medusa in Rome, Italy in 1979. In 1980, Lee had his first New York show at White Columns, ushering in an important era as spray paint made the transition from moving objects to stationary canvas works. His work was included in the critical “Times Square Show” (1980); “Graffiti Art Success for America at Fashion Moda” (1980); the “New York/New Wave” show (1981) at PS1; and, in “Documenta #7” in Kassel, Germany (1983). In the past decade his drawings and paintings have been shown in “East Village USA” at the New Museum of Contemporary Art (2005), “The ‘S’ Files” at El Museo del Barrio (2010), and “Looking at Music 3.0” at the Museum of Modern Art (2011). 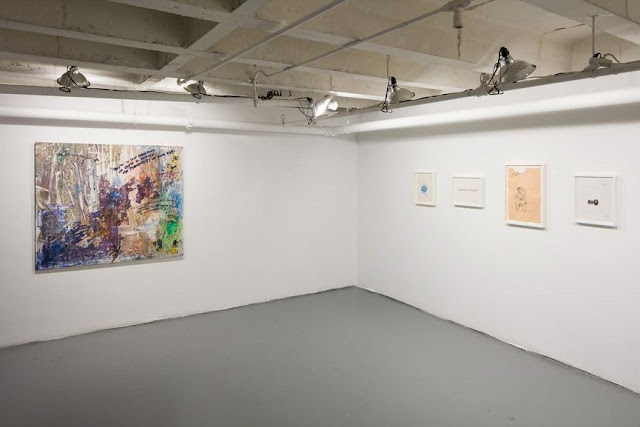 He has had solo shows at MoMA PS1, Contemporary Art Center of Cincinnati, the Fun Gallery, Barbara Gladstone, Galerie Rudolf Zwirner, Lisson Gallery, Barbara Farber, and Nicole Klagsbrun, among others. In 1983 he starred in Charlie Ahearn’s influential film, “Wild Style,” which served as a blueprint for the emerging hip hop and street art movements. Lee also appears in Blondie’s “Rapture” video, and in the film “Downtown 81.” His work also appears in the Tony Silver and Henry Chalfant 1983 documentary film “Style Wars” and Manfred Kirchheimer’s “Stations of the Elevated.” Quiñones’ paintings are in the permanent collections of the Whitney Museum of Art, the Museum of Modern Art, the Brooklyn Museum, the Museum of the City of New York, the Groninger Museum (Groningen, Netherlands), and the Museum Boijmans Van Beuningen (Rotterdam, Netherlands). Lee Quiñones lives and works in Brooklyn, New York.
art Charlie James Gallery. diaspora Lee Quiñones News Noticias Puerto Rico