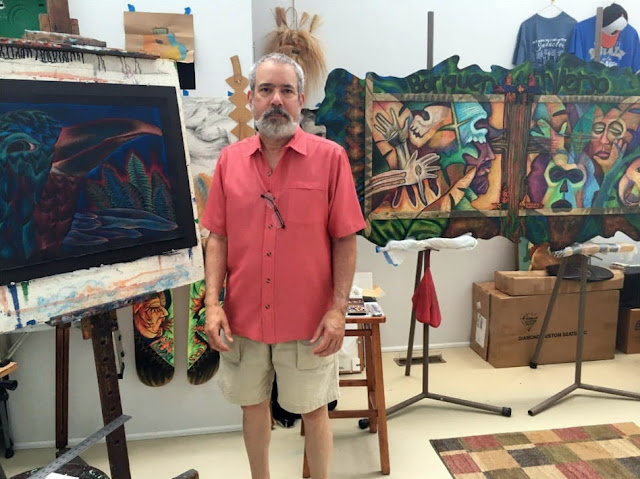 (NEW BEDFORD, MA)–– New Bedford Art Museum/ArtWorks! is pleased to announce the opening of Ten Years After… works by Adrian Tió Díaz in the Museum’s Heritage Gallery. It has been over ten years since Adrian Tió Díaz arrived in New Bedford to join the College of Visual and Performing Arts at the University of Massachusetts Dartmouth. Though maintaining an active practice has been challenging at times, Tió Díaz’s artistic pursuits at Hatch Street Studios were an ongoing endeavor. Ten Years After… is an exhibition of artworks that span that time. 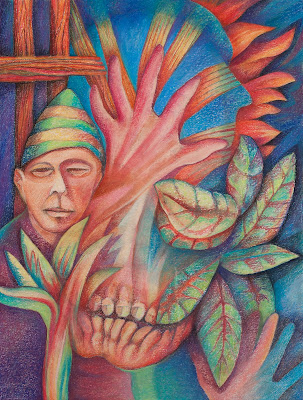 Reflecting Tió’s interest in bright color, rhythmic patterning, and expressive figurative imagery, along with experimental techniques in printmaking, papermaking, and book arts that include bilingual text; these artworks offer a visual format that seeks to communicate with a diverse audience. Born to parents who emigrated from Puerto Rico in the 1940’s, most of Tió’s life and training has been spent in the Midwest. The works are cultural hybrids that combine elements of both mainstream America and exotic Hispania. Through these artworks, Tió Díaz is reaching out to his Latino heritage in a concerted effort to expand and enrich his identity by creating an acculturated balance between these two worlds.

There will be a “soft opening” for Tió Díaz’s exhibition during the September AHA!. Join the Museum on September 13th from 6 pm to 8 pm for a Beer Tasting with Down The Road Beer Co.. Down The Road is a Massachusetts-based craft brewery that used one of Tió Díaz's images for a limited run of beers made specially to raise funds for hurricane relief in Puerto Rico. Other Adrian Tió Díaz events include salsa dancing, sangria, Spanish poetry readings by Mexican-born poet Antonio Ochoa and conversations about hurricane relief with regional artists, scholars, and activists. 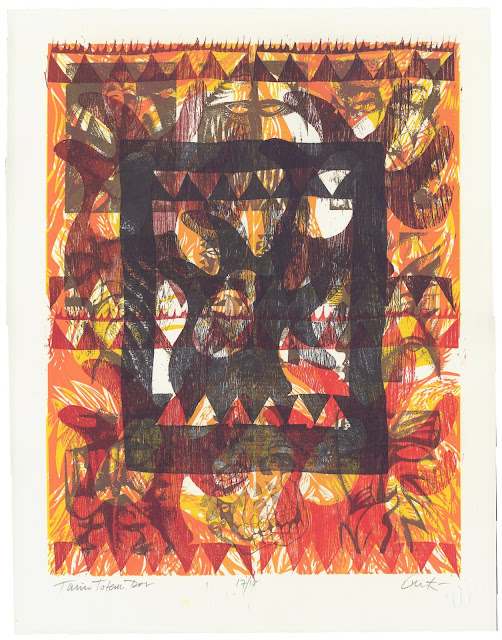 NBAM/ArtWorks! is located at 608 Pleasant Street, New Bedford. Gallery hours are Wednesday through Sunday from noon to 5 p.m. and noon to 9 p.m. on Thursdays.