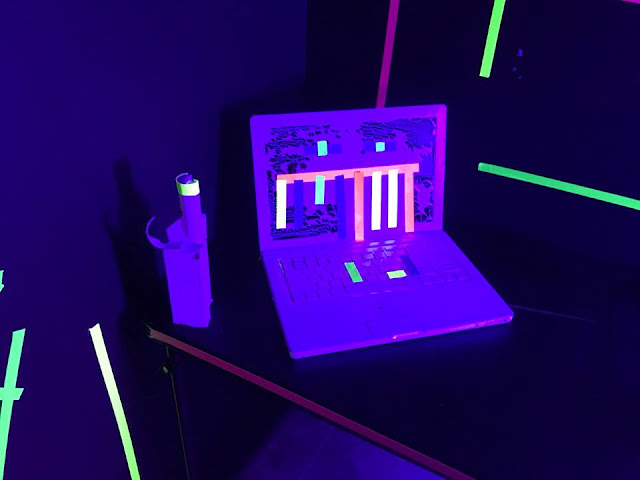 "Illuminati DIA" is a site specific installation by Denver-based artist Ramón Bonilla,is an immersive space slightly inspired by Denver’s airport surrounding conspiracy speculations and by the current perception of legitimate and illegitimate knowledge. The concepts examined through Illuminati DIA resonate through its space in the form of wall and window murals, audiovisual and tridimensional elements as well as the use of light.

Merging seemingly incompatible concepts into an experiential environment that is visionary as well as mundane; Illuminati DIA deals with concepts of utopia, survivalism, alienation and existentialism mainly through a formal and minimal visual approach. Think of it as an esoteric vivarium meets a dystopian man-cave meets a trendy bunker.

Interview with the artist Ramón Bonilla's


Moreover, in order to break the passivity of the spectator; play and entertainment interactive components such as a video game, a ping pong table and a tape deck as well as a library of cassettes and books related to the installation concepts are included as part of the environment. Through Illuminati DIA the fragility and inaccuracies of our present reality are approached subtly and even in absurd ways. 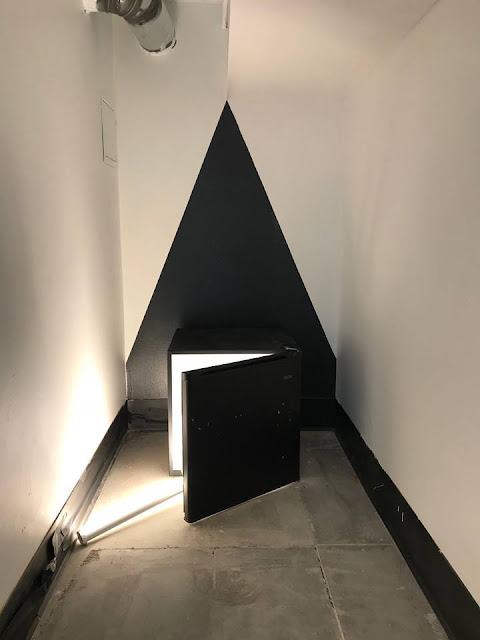