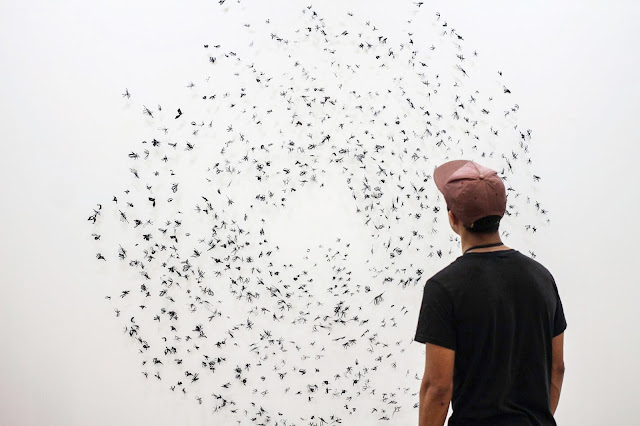 
Puerto Rico: Defying Darkness presents the works of several artists living and working on the island and in the diaspora. Through various media including painting, sculpture, photography and installation, the artists engage with issues of climate justice and disaster, continued colonialism and economic crisis. They also represent and celebrate the strong artistic traditions that have made Puerto Rico one of the most creatively vibrant places in the world. There is a sense of urgency in many of the new works included as artists negotiate their role in facing the challenges of recovery in the aftermath of hurricane Maria. 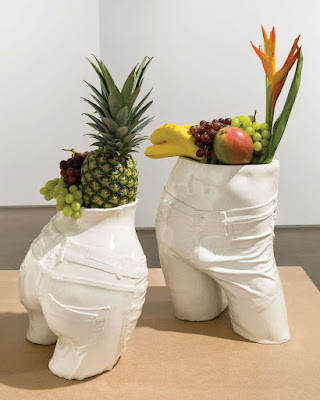 According to participating artist Elsa Maria Melendez, who lives and works on the island, “Puerto Rico needs us artists to confront images, engage, resist and agitate, strengthen the questioning of power systems, and explore unfamiliar lines of thought. Puerto Rico’s current cultural crisis and art institutions face hardships worsened by hurricane Maria. Surviving the phenomenon and becoming active agents of solidarity and selflessness has led us toward an ideological shift, in which audiences can internalize social issues and revalue educational alternatives. Culture and the arts are tools for human beings to reconstruct themselves.”

Puerto Rico: Defying Darkness features artists who continue to be beacons of hope and resilience. As a ‘non-incorporated’ territory of the United States, the island is struggling to recover from punishing debt and energy crises that expose the legacies of colonialism and the impacts of flawed U.S. policies. In the aftermath of the devastation of Hurricane Maria, many on the island are still without basic necessities including electricity and water. In addition to the struggle against literal darkness, the island faces looming budget cuts in response to a $72 billion debt. The large-scale exodus of thousands of Puerto Ricans to the U.S. mainland highlights both the inept government response to the current disaster as well as the ongoing implications of past legislation. The Jones Act of 1917 which granted citizenship to Puerto Ricans, restricted its ports to U.S. ships only, and barred the territory from statehood. Despite these challenges and the limited U.S response to aid its own citizens, many Puerto Ricans are committed to recovery. Artists are playing a unique role in organizing relief efforts on the ground and by utilizing the arts to build hope and promote the resourcefulness that has always existed on the island. 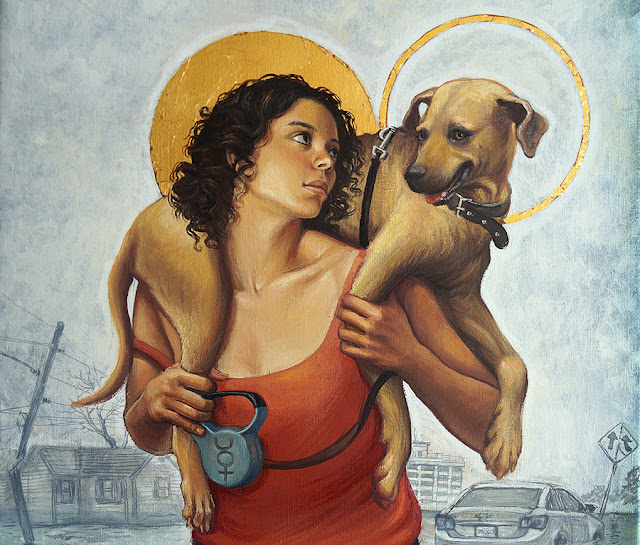 Artists include: Adál whose photography series Puerto Ricans Underwater explores multiple meanings of being “underwater” examining aesthetics and identity as a collaboration with his subjects. Elsa María Meléndez will create Sprout Again / Retoñar, a new large-scale installation utilizing materials from a fabric store that was destroyed by Hurricane Maria. Patrick McGrath Muñiz looks to Renaissance painting techniques to explore contemporary Puerto Rican identity, climate change and the economic challenges that many individuals are facing on the Island. Antonio Martorell’s series of graphic works entitled Loas, addresses themes of Afro-Latino identity and colonialism. Frances Gallardo’s graphic works and installations analyze hurricanes and other aspects of the natural world. She is interested in going beyond the sensationalism of the disaster to reflect on what underlying social and political fissures are revealed. 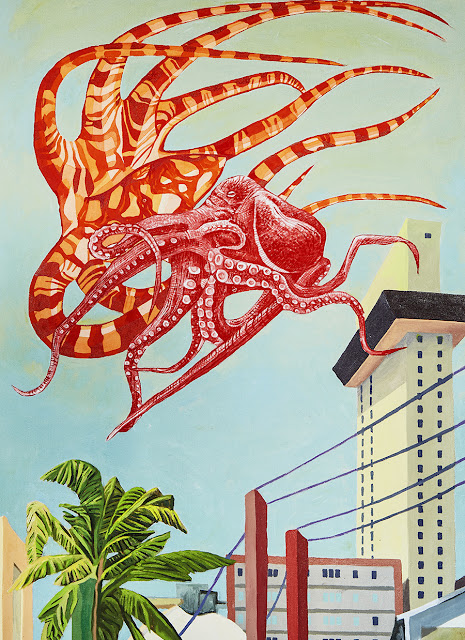 Myritza Castillo’s photographs examine the Puerto Rican landscape from diverse perspectives utilizing mirrors to refract her imagery of architectural and natural spaces. Rafael Trelles’ diptych pays homage to Carlos Raquel Rivera with a photo-montage displayed alongside the 1950 print documenting Hurricane Santa Clara.  Aby Ruiz’s sculpture and paintings look to the history of art and Puerto Rico to comment on the present. His iteration of Ramón Frade’s El pan nuestro (Our Daily Bread) depicts the iconic image of a campesino -  but rather than carrying crops he is bound by a straitjacket. Nathan Budoff’s urban scenes juxtaposed with ocean life reflect on issues of dislocation, environmental degradation, the tenuous situation of the island and the ambiguity of being neither part of the U.S. nor independent. Hector Arce-Espasas’ vessels are reminiscent of the overflowing fruit bowls popular in 17th - century Europe and serving as symbols of wealth and social class. Ripe tropical fruit and the body coalesce to create an interplay between history and contemporary indulgence and exoticism. Jo Cosme’s set of Arcana Majora Tarot inspired cards visually represent the events that occurred right after Hurricane María. Kai Margarida-Ramirez’s silkscreen collage entitled Fault Lines incorporates floor tiles from her grandmother’s home in Puerto Rico to explore the fallibility of memory and the process of connecting to a familial and cultural past. Influenced by mapping and topography of Puerto Rico and the Caribbean, Ramón Bonilla creates paintings and wall installations re-imagining architectural spaces as a way of looking to the future. 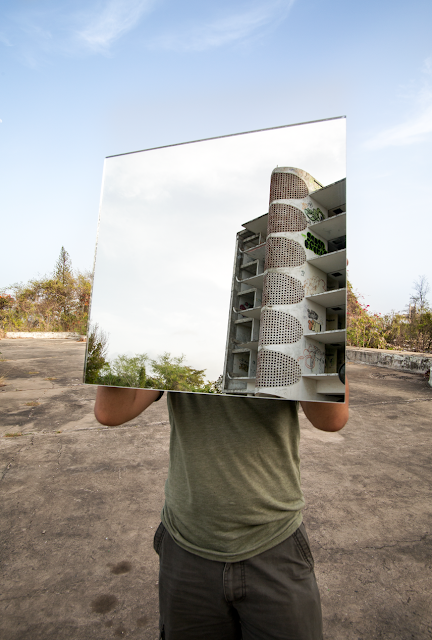 Dr. Josie Lopez, Curator a 516 ARTS, was born and raised in Albuquerque. She received her B.A. in History and M.A. in Teaching from Brown University. She completed an M.A. in Art History at the University of New Mexico and her Ph.D. from the University of California, Berkeley. Her research interests include examining art as a discursive agent in the political arena, modern and contemporary Latin American art, 19th century France and Mexico, and the history of New Mexican art with a focus on printmaking. Lopez recently wrote the book The Carved Line: Block Printmaking in New Mexico and curated the accompanying exhibition at the Albuquerque Museum. Lopez has been a Jacob K. Javits Fellow and an Eleanor Tufts Fellow. She has taught courses on modern Mexico and the prints of Francisco Goya at SMU, and courses on the history of printmaking and European art at the University of New Mexico.