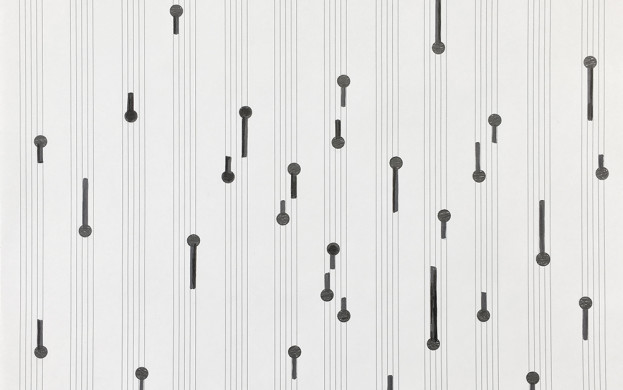 
LMAKgallery is pleased to present Unmappings, a solo exhibition by Nayda Collazo-Llorens. On view will be a new series of works furthering Collazo-Llorens’ ongoing explorations on concepts of perception, navigation and mapping. The artist brings together existing and unchartered territories as she unravels that which is found, remembered and imagined.

The wall installation, Geo Dis/connect #4 incorporates a sampling approach through which collected maps and charts have been sliced and remixed. In this case, the artist combines lunar charts with nautical and aeronautical charts of the Caribbean region, adding curved areas of solid color that function as spotlights or highlights as well as cover-ups or concealers of information. The 360 framed images that make up Geo Dis/connect #4 offer a view of a landscape that has been shifted and dislocated. Its scrambled cartographic data renders traditional navigation obsolete. 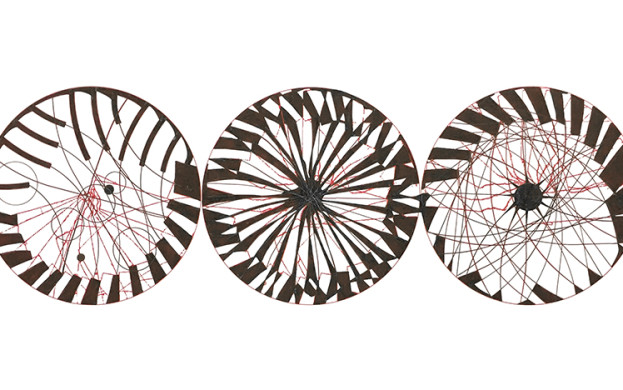 Unmappings also includes a new series of smaller scale works on paper. These are an intimate and intuitive collection of marks, fictitious landmasses, and found maps, charts, images and documents that have been intervened by the artist. Less specifically grounded in geography, these works expand in multiple directions and focus. Non-objective marks coexist with traces of remembered movements, invented sites, pseudo-science and shifted cartographic conventions. Through these works—some functioning as images, others as artifacts—Collazo-Llorens investigates and surveys a series of elusive coordinates as they drift in time and space.

Nayda Collazo-Llorens, born in San Juan, Puerto Rico, is a visual artist engaged in an interdisciplinary practice incorporating multiple mediums and strategies. Through her practice, she examines the way in which we perceive and process information, dealing with concepts of navigation, memory, language, hyperconnectivity and noise. 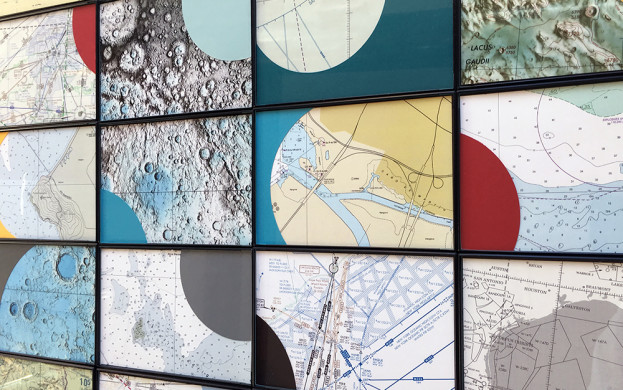 Her work was recently included in Relational Undercurrents: Contemporary Art of the Caribbean Archipelago curated by Tatiana Flores at the Museum of Latin American Art in Long Beach, California as part of the Getty’s Pacific Standard Time: LA/LA, and in the Museum of the Real and Odd at The Tube Factory in Indianapolis, Indiana. Recent projects have included MACRO2NANO a permanent public art commission for New College of Florida in Sarasota, in collaboration with Patricia Villalobos Echeverría; ELF (Extremely Low Frequency), a video and portfolio of prints produced in collaboration with writer Ander Monson, and the multimedia performance ELF, featuring the video and live performance of ELFsong, an electroacoustic composition by composer Ashlee Busch for piano, violin and stereo playback. ELF has been performed at various venues, most recently at the New Music Festival 2017 in Fairmont, West Virginia.

Collazo-Llorens received an MFA from New York University and is a former Pollock-Krasner Foundation Fellow. Her work has been reviewed in The New York Times, Art Net, Art US, Art Nexus, Art News, Arte al Día International, BOMBlog, Hyperallergic, and Newcity, among others.