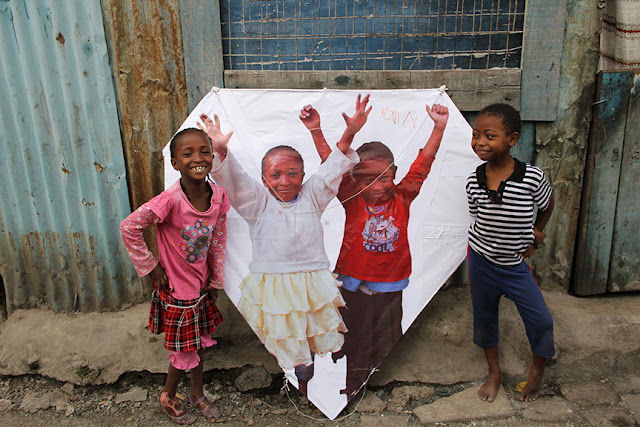 
California, USA - Relational Undercurrents: Contemporary Art of the Caribbean Archipelago, curated by Tatiana Flores, features twenty-first century art of the Caribbean, as seen through the framework of the archipelago. While it is common for scholars to stress the region’s variegated colonial history and extraordinary diversity, Relational Undercurrents focuses instead on identifying thematic continuities in the art of the Caribbean islands. As some of these themes are not typically thought of as belonging to “Latin America,” the exhibition questions the conceptual boundaries imposed on areas that are geographically contiguous and share both similar ecologies and histories.

Departing from the premise that the concept of Latin America favors mainland countries, the exhibition proposes a mapping of the region that begins with the islands. It features over 80 artists with roots in Haiti, the Dominican Republic, Cuba, Puerto Rico, Curaçao, Aruba, St. Martin, Martinique, Guadeloupe, Trinidad and Tobago, Jamaica, The Bahamas and Barbados.

As their work reveals, an insular focus brings to the fore those issues that cannot be overlooked when dealing with the Caribbean and which are also relevant to the region as a whole. Arising from the region’s prolonged legacy of colonialism, recurring themes include race and ethnicity, history, identity, sovereignty, migration, and sustainability. These and others are explored in the exhibition’s four thematic sections: Conceptual Mappings, Perpetual Horizons, Landscape Ecologies and Representational Acts. With works by over eighty artists Relational Undercurrents includes painting, installation art, sculpture, photography, video, and performance. The exhibition is accompanied by a comprehensive, full color catalog.

Major support for this exhibition and publication is provided through grants from the Getty Foundation. 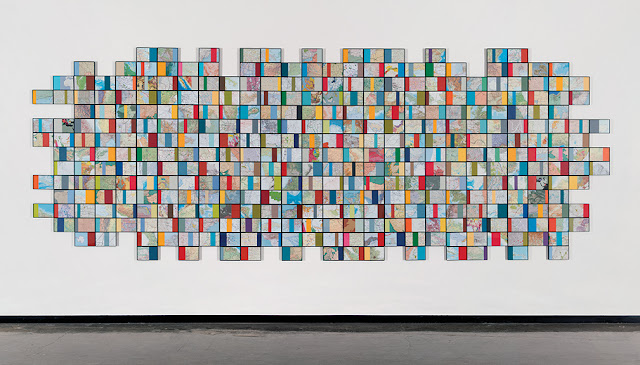 Conceptual Mappings focuses on works that represent an active effort to map intentional connectivity. Through an array of visual means, the artists in this section challenge the spatial order imposed by the traditional map, the emblem of colonialism par excellence. In the words of the scholar Walter Mignolo,“Putting the Americas on the map from a European perspective was not necessarily a task devoted to finding the true shape of the earth; it was also related to controlling territories and colonizing the imagination of people on both sides of the Atlantic.” In contrast to imperial maps, many of the works on view here could be said to embark on a project of decolonization. Archipelagic in nature, they involve a process of counter mapping, reframing a different paradigm, plotting new points of connection, and imagining and creating new coordinates. In so doing, they propose more diverse, just, and complex forms of conceiving the world. 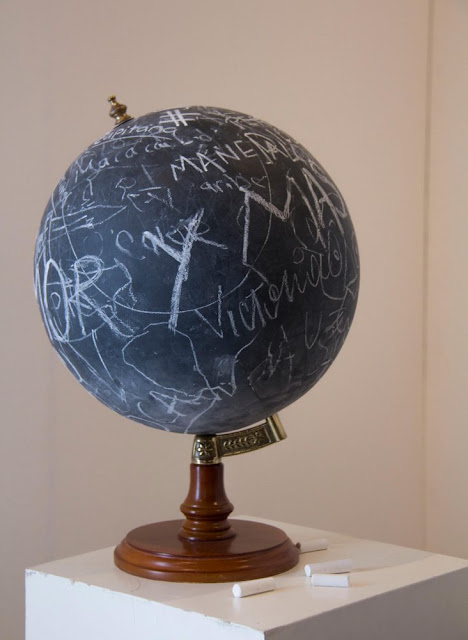 Perpetual Horizons underscores the horizon, one of the characteristic visual features of island geography, which emerges repeatedly as both a boundary and a threshold of possibilities. The horizontal perspective reflects both a view of the horizon that focuses our attention on the borders that divide the land as well as on the movements of circulating sea and air currents. The horizon as limit and potential, as past and present, and as clarity and uncertainty marks some of the ways in which the artists in this section engage with the edge where the sea meets the sky. Whether they treat the horizon as a subject or incidentally, these artists contribute to a common discourse, eloquently identified by poet Derek Walcott: “There is a strength that is drawn from island peoples in that reality of scale in which they inhabit. There is a sense both of infinity and acceptance of the possibility of infinity, which is strong. And in that way that provides a kind of endurance. It provides a kind of settling of the mind that is equal to the level of the horizon. That is what I have learned from growing up on an island.” 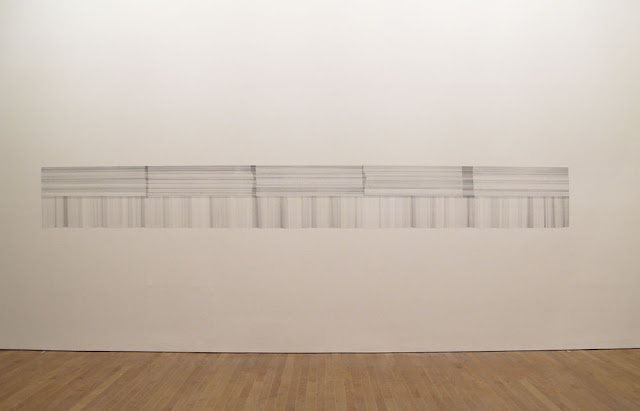 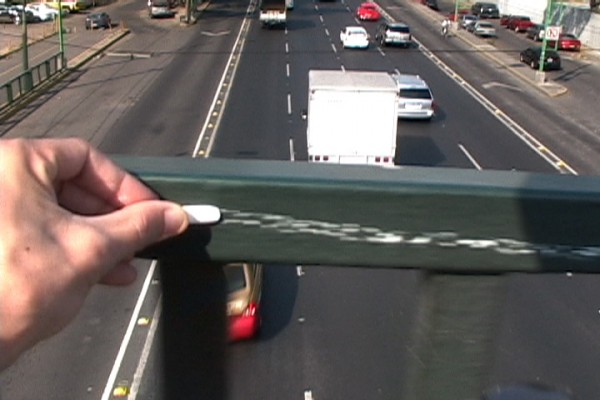 Landscape Ecologies considers the Caribbean as a region of shared ecosystems and habitats. Attesting to the significance of the environment in contemporary art, the artists whose works comprise this section depict the landscape in light of history, ecological challenges, the personal and the collective, and current economic and social conditions. Perceptions of the Caribbean landscape have changed over time, ranging from the wonderment experienced by Christopher Columbus and his contemporaries as they struggled to find the words to describe newly encountered territories; to the association between landscape, disease, and degeneration in imperialism’s heyday; to more recent attempts by the tourism industry to paint the region as an undiscovered paradise. The scholar Édouard Glissant posited that “the control of nature, and of one’s nature, by culture was the ideal of the Western mind.” The artists in Landscape Ecologies betray a similar awareness. Conscious of the stakes in their depictions of nature and the environment, they refuse to let themselves fall prey to colonialist mentalities and formulas, instead, paving new directions and letting their voices be heard in the struggle to represent the silent, embattled earth. 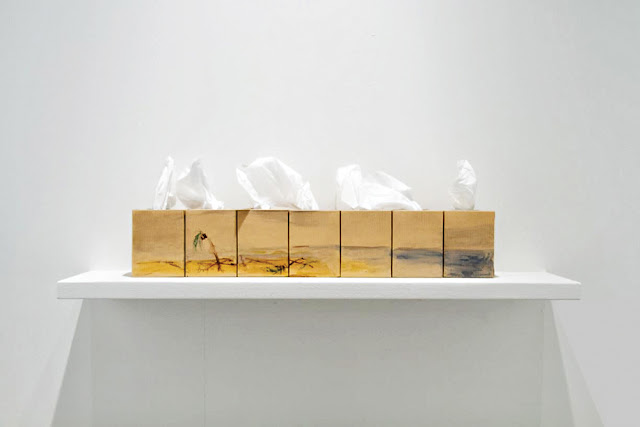 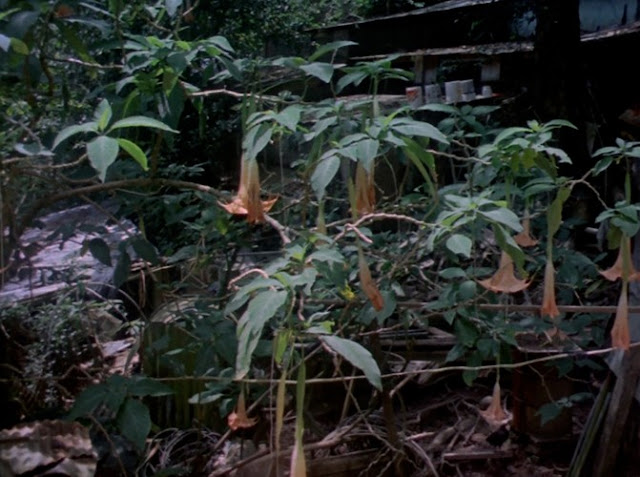 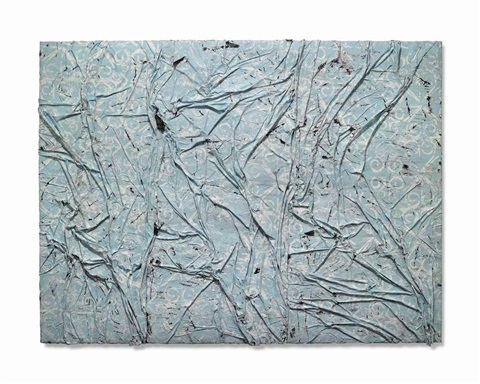 Representational Acts views representation as an active process rather than a passive translation of the visible world. As opposed to the imitative function associated with representation in traditional art history, the artists whose works comprise this section regard representation in a political sense. All of the Caribbean islands, even those that obtained independence early in the nineteenth century, have seen their sovereignty challenged through colonialism or foreign occupations. In some cases (most visibly Puerto Rico in the Hispanic Americas), they continue to exist as non-sovereign states. Political agency has been an elusive notion and in many cases an unattainable ideal. For this reason, representation takes on added urgency in an insular Caribbean context. Artworks in this section actively reconfigure the world they inhabit, whether through social practice or by encouraging self-expression. Artists also project an active and dynamic relationship with their surroundings or with others around them. Through representational acts, artists also comment on their work in relation to race, gender, and sexuality, and showcase the analogous ways in which they are enmeshed with the environments they inhabit. 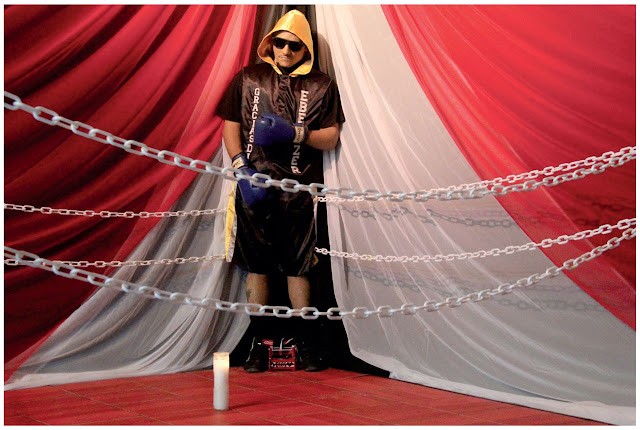