"Deudos / Death Debt: The Art of Eduardo Lalo", a collection of photographs at Benson Latin American Collection of the University of Texas 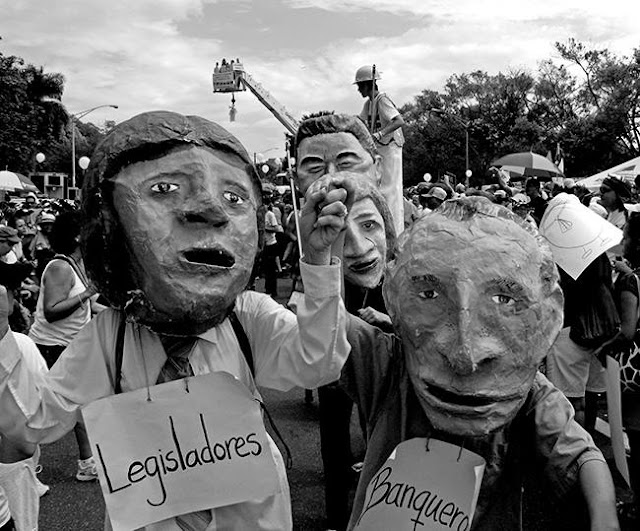 
The Benson Latin American Collection presents Deudos / Death Debt: The Art of Eduardo Lalo, a collection of black-and-white photographs by the celebrated Puerto Rican writer and artist Eduardo Lalo. The exhibition opens on Thursday, September 21, with a panel discussion and remarks by the artist at 4:00 p.m. followed by a reception at 5:00 p.m. The exhibition runs through January 31, 2018, and is free and open to the public during library hours.

Puerto Rico today is confronting unprecedented challenges. The island Commonwealth’s spiraling $70 billion debt crisis has earned it the moniker “Greece of the Caribbean.” A record-breaking population exodus to the mainland, draconian cuts to public services and schools, and the return of pro-consular colonialism in the form of budget supervision imposed by the U.S. Congress have led to mass protests and confrontations in the streets, as well as higher taxes, property foreclosures, and overall poverty throughout the island. 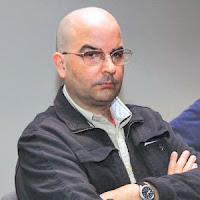 In Deudos / Death Debt, prize-winning writer and visual artist Eduardo Lalo has chosen photographs that illustrate the increasing vulnerabilities and anxieties of Puerto Ricans affected by the debt crisis. Deudos / Death Debt not only exhibits a topical selection of Lalo’s distinctively trenchant visual work and graphics. It also opens a unique window that makes fully visible the ruinous economic, political, and social dispossession that Puerto Ricans continue to suffer at this crucial moment.

ABOUT THE PANEL DISCUSSION

Puerto Rican scholars will share some of their research and impressions to help frame the public’s understanding of how Lalo’s graphic and literary work directly or indirectly addresses Puerto Rico’s continuing colonial dilemma and its exacerbations.

• Benigno Trigo, Vanderbilt University, will read from his work on apoptotic debt in Lalo's poetry and drawings.
• Jossianna Arroyo-Martínez, UT Spanish and Portuguese, will address Lalo’s documentaries screened at the exhibit.
• César A. Salgado, UT Spanish and Portuguese, will review how Lalo’s public debate columns and conferences influence his selection of photographic images for Deudos.
• Gregory Pappas, Texas A&M, will serve as moderator
.
Following these remarks, Eduardo Lalo will respond to panelists’ comments and field questions from the audience.

This event is free and open to the public.

The Nettie Lee Benson Latin American Collection, a unit of the University of Texas Libraries, is a specialized research library focusing on materials from and about Latin America, and on materials relating to Latinos in the United States.