Puerto Rican artist Gamaliel Rodriguez’s exhibition, “A Third Way to Look at You" at the Crisp-Ellert Art Museum, Flagler College 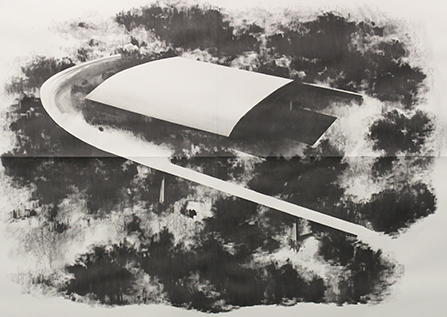 The Crisp-Ellert Art Museum at Flagler College will kick off the 2017-18 academic year with Gamaliel Rodriguez’s exhibition, “A Third Way to Look at You.” The artist’s work delves further into the aesthetics and ideas explored in a 2015 series titled “Figures,” which feature indeterminate architectural structures that are overrun by an encroaching landscape.

Rodriguez will give a walkthrough of the exhibition on Friday, Sept. 1 at 4 p.m., with a reception to follow, from 5 to 9 p m.

Rodriguez’s large scale, hyper-realistic drawings are created with ball point pen and colored pencil on paper, as well as acrylic inks on canvas. Two new works from the artist’s recent residency at the Bemis Center for Contemporary Art in Omaha, Nebraska, build upon the artist’s 2015 series and take its aesthetic further. The imagery in much of the artist’s body of work is appropriated from both real and fictional sources, as well as being loosely created from memory. The works conjure a mood of both familiarity and disquiet, quietly interacting with our own sense of place and memory.

While heavily inspired by social issues, specifically the economic crisis in his home country of Puerto Rico that has unfolded over the past 11 years, the artist claims that the works are a not a direct view of the island, but make subtle references to “our history, specifically in the context of being in the Greater Antilles, being Caribbean, but being part of the United States at the same time.” He goes on to say that his practice is “not a reflection of our history, but there are certain historical elements you may find in it.” 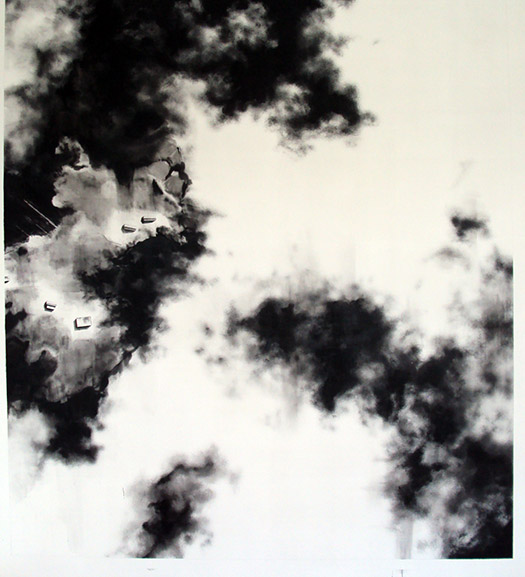 Rodriguez lives and works in Bayamón, Puerto Rico. He earned his Bachelor of Arts degree from the Visual Arts University of Sacred Heart in San Juan, Puerto Rico, and his Master of Fine Arts from the Kent Institute of Art and Design in Kent, England.

Rodriguez has held a number of residencies in recent years, most recently at the Bemis Center for Contemporary Art, in Omaha, Nebraska, and Long Road Projects in Jacksonville, Fla., as well as the International Studio and Curatorial Program in New York. Recently, his art was featured in Occupy Museum’s project for the 2017 Whitney Biennial, which explored Puerto Rico’s financial debt crisis. His work is featured in institutional collections at the Museum of Fine Arts Boston, Museo de Arte de Puerto Rico, and the Museo de Arte Contemporaneo de Castilla y Leon, Spain (MUSAC).

For further information on the exhibition "A Third Way To Look At You", September 1 through October 21, 2017, crispellert@flagler.edu. The museum’s hours are Monday through Friday, 10 a.m. to 4 p.m., and Saturday, noon. to 4 p.m.
Noticias