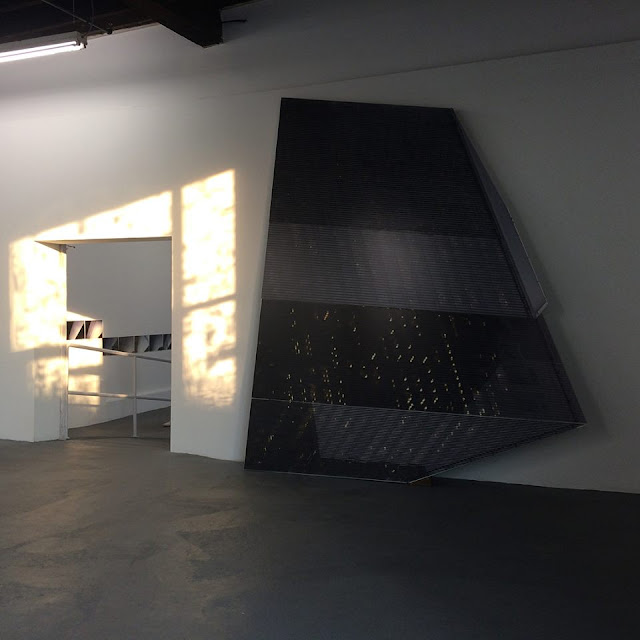 New York - For her solo exhibition at Knockdown Center, Lourdes Correa-Carlo has produced seven new works in dialogue with urban embodiment and the visual politics of city space.Through sculpture, drawing, photography, video, and  installation,   Intended Trajectories reflects the artist’s ongoing engagement with her material surroundings, as well as her interest in the relationship between the body and the built environment.

The exhibition’s title refers to the ways in which bodies are moved by urban space, a movement at once spatial and affective. For those subjected by inequitable systems of race, gender, and class, the relationship between body and environment is often an ambivalent one, set apart by feelings of estrangement or dislocation. Its antagonisms not limited to hostile architecture or unpleasant design, the built environment reproduces the biases of its builders spatially, in public transportation paths, parkway overpasses, and city skylines. For Correa-Carlo, the alienating effects of city space—a sense of not being able to place oneself—are seen and felt in the visual and spatial politics of seemingly neutral architectural environments, the structures in which ideologies take form. 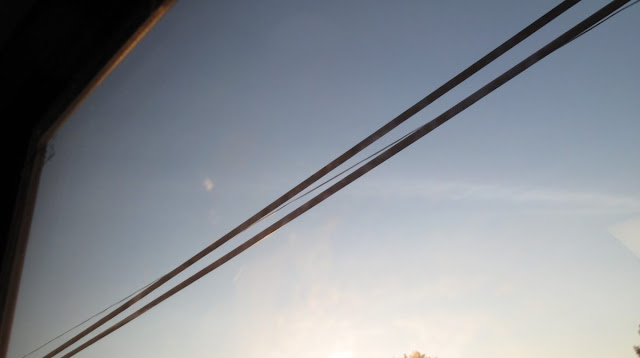 Jutting into space, Crawler (2011-2017) is a large-scale inkjet print of a skyscraper, rotated sideways and mounted on wood. Inextricable from the modernist mythos of New York City, skyscrapers are representative of wealth and power in the popular imaginary, their powerful vertical lines and sheer scale acting as visual reinforcers of this authority. Forced sideways, formally tripped up, the skyscraper’s orthogonal command is disrupted, as is the privileged perspective that typically accompanies such a vantage.

Two site-specific installations reference Knockdown Center’s former use as a glass factory, and later as the site of a frame and door company, imitating the gallery’s vestigial industrial features and destabilizing the exhibition’s architectural frame. Both artwork and infrastructure, Extend (2017) is a pipework parasite creeping into space, its camouflaged appendages taking on a decidedly anthropomorphic character. Interval (2017), a rectilinear fiberglass screen, both reveals and conceals an oft-disregarded architectural threshold: a sliding metal door typically kept shut during gallery hours. 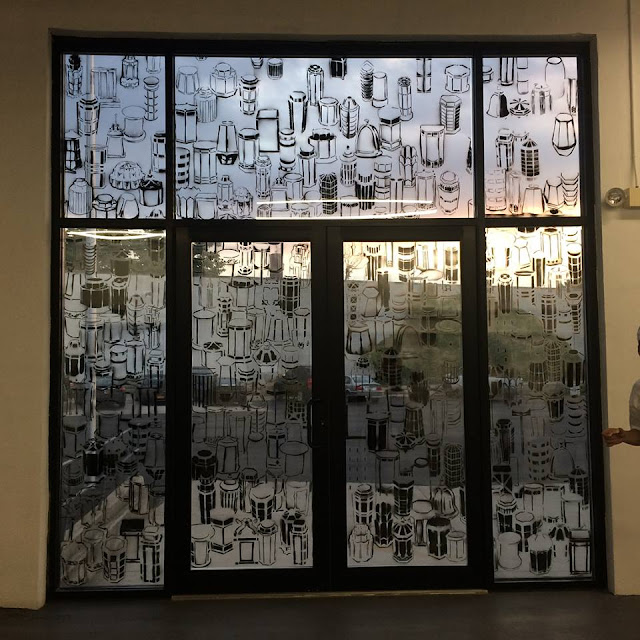 While these installations engage preexisting architectural elements, other sculptural and drawing-based works introduce outside views, yielding a constellation of cityscapes within the gallery that alter one’s sense of perspective and scale. The City from Above (2008-2017), a spray paint drawing on window film, offers an ambiguous aerial skyline of lights and lanterns, standing in for skyscrapers as though a Surrealist had taken to urban design. The City (2014-2017), a series of sculptures comprised of salvaged radiators, turns the viewpoint offered by The City from Above from one of distanced observation to that of an intimate encounter.

A series of vinyl prints on glass and a two-channel slideshow video evoke the interstitial spaces of waiting and watching routine to the city’s public transportation systems.Trajectories II (2013-2017) presents a sequence of views from the window of a Long Island Rail Road car, though with horizon line obscured, only the recurrent, oblique lines of telephone cables provide orientation. In_Reverse (2015-2017) is comprised of photographs taken from the window of an underground subway train, from which, like individual cells in a filmstrip, the columns of the adjacent platform fragment time and space—framing a view while marking a distance.

Mapping a psychogeography of encounter between artist and city, body and building, the works in the exhibition look inward and outward at once. Refusing the formation of a fixed viewpoint, Intended Trajectories instead attends to disorientation, to the incongruous sights and sensations of our city space. 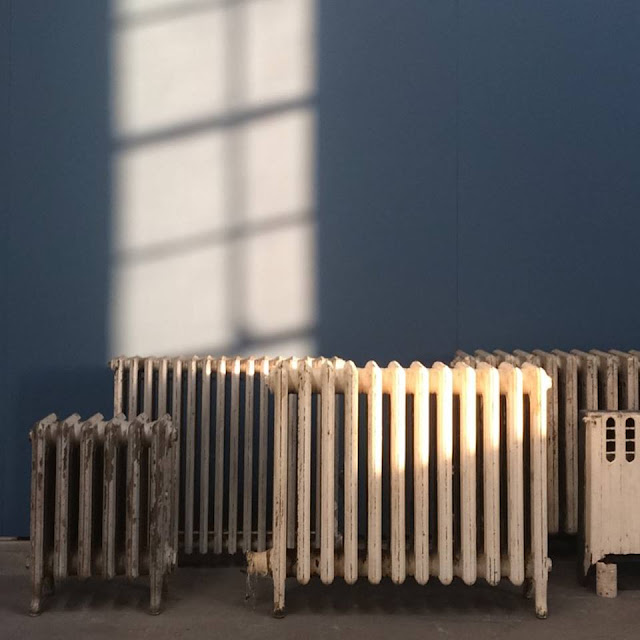 Christian Camacho-Light is a curator and writer based in New York. Recent exhibitions include Stage 6: Lourdes Correa-Carlo, Down-Below, International Studio & Curatorial Program, Brooklyn, NY (2016) and Standard Forms, Hessel Museum of Art, Annandale- on-Hudson, NY (2016). They are currently at work on an exhibition to be shown at the Berrie Center for Performing and Visual Arts, Ramapo College, Mahwah, NJ (November 2017). They hold an MA in Curatorial Studies from the Center for Curatorial Studies, Bard College, and a BA in Art History from Vassar College.


Lourdes Correa-Carlo: Intended Trajectories is presented with the generous support of the Foundation for Contemporary Arts Emergency Grant. Special thanks to Ece Gürleyik, Drew Lichtenstein, Kristine Servia, and Elena Yelamos.