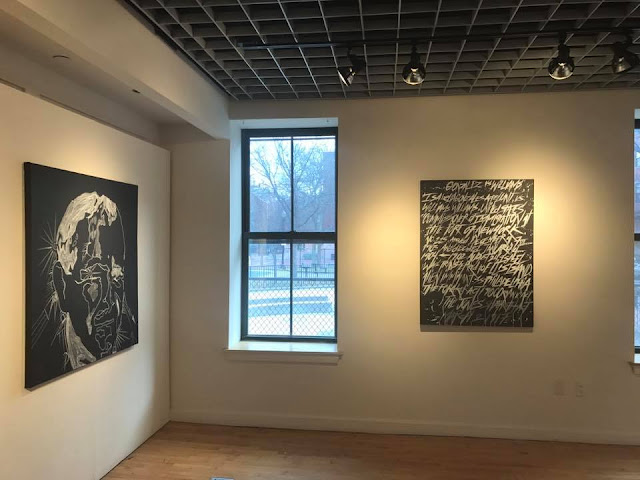 New York, NY – Artist Fernando Ruíz Lorenzo explores when Puerto Rico became a United States territory and Puerto Ricans were granted American citizenship through his new exhibition entitled, Ciudadano. This exhibition is a visual exploration of the controversial and historical legacy of the Jones-Shafroth Act which was passed by Congress and signed into legislation by President Woodrow Wilson on March 2, 1917. This act not only made Puerto Ricans American citizens, but also created a triple tax exemption of Puerto Rican bonds – at the federal, state and local levels – which can be traced to the debt crisis witnessed today. New York based artist, Fernando Ruíz Lorenzo’s latest visual exhibition, Ciudadano is an important and unique contribution to the current debates about Puerto Rico.

The works in Ciudadano are mostly in black and white, colors often associated with resistance and mourning. Boston curator and art critic, Cecelia Levin, Ph.D., said “Decolonial Moment exemplifies Ruíz Lorenzo’s skill as a visual storyteller. This is achieved not only through the reversal of traditional scale and location, but also by means of enshrouding the shapes with a diffused white outline. This furthers a sense of isolation and lack of connectivity. It is a location that is colorless, questionable and desolate.” 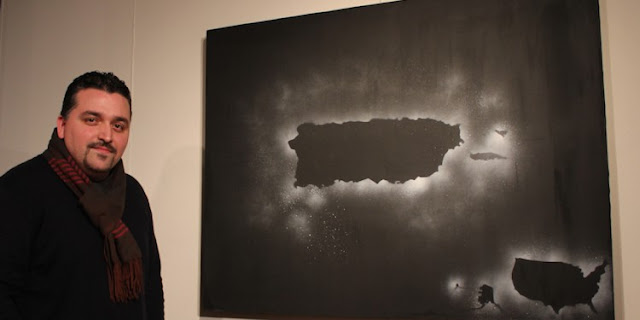 Ruíz Lorenzo said he hopes the exhibition will serve as a vehicle for progressive dialogue, reflection and exploration of a vision of citizenship within a decolonial perspective. He cites Puerto Rican writer, Ana Lydia Vega as inspiration. “Literature and art in Puerto Rico have to take the place of embassies and consulates” remarked Ruíz Lorenzo quoting from an interview by Vega. Since 2007, Ruíz Lorenzo has exhibited a series of visual artworks exploring Puerto Rico and its diaspora. Such exhibitions include Emperial - Since 1898 (2007), El Pintor Del Pueblo: Homenaje a Rafael Tufiño (2008), Guánica (2010), Escritura (2011), La Ciudad Letrada (2012), Oratorio (2013), Diáspora (2014 in El Viejo San Juan), Aquí Se Habla (2015), and Caña Brava (2015). Ciudadano (2017) marks Ruíz Lorenzo’s decade long artistic and intellectual engagement of his cultural heritage.

Ciudadano will debut later this month in Boston where the Puerto Rican community has a strong history of activism and community mobilization. In 1968, a community of largely Puerto Rican residents in the South End organized, and with the support of hundreds of protesters, fought to stop housing displacement. As a result, a 435-unit affordable housing community in the city’s South End neighborhood known as Villa Victoria was established. La Galería at Villa Victoria Center for the Arts (IBA) is the first gallery in New England that presents year-round exhibits by artists from Latin America, the United States and the Caribbean. Ciudadano will be showcased at this gallery in Boston’s Puerto Rican enclave. Ruíz Lorenzo said, “I was inspired by the history and resiliency of this unique Puerto Rican diaspora community.” 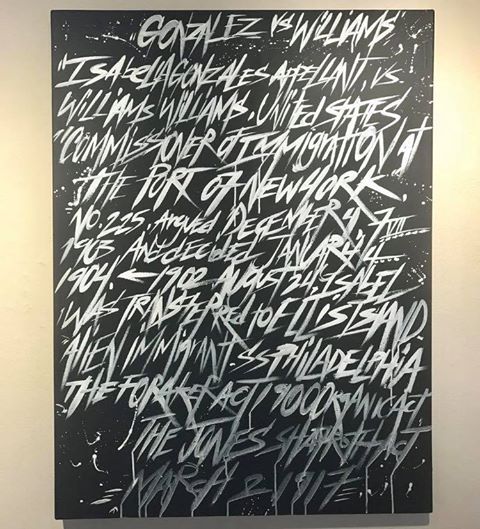 This exhibition is open to the public by appointment and on view from January 27 – March 2, 2017.

For more information, email info@ciudadano100.org or call La Galería at 617-927-1737. About Fernando Ruíz Lorenzo Fernando Ruíz Lorenzo was born of Puerto Rican parentage in the Washington Heights section of Manhattan in 1978 and raised in the High Bridge Section of The Bronx. Ruíz Lorenzo is an artist, writer, and curator based in New York City. www.fernandoruizlorenzo.com