BRIC is pleased to present Ride or Die featuring newly commissioned work by Miguel Luciano. Luciano is a Puerto Rican artist based in Brooklyn who works in multiple media to examine issues of cultural identity, politics and popular culture. BRIC has commissioned him to create a body of new work: sculptures featuring customized vintage Schwinn bicycles that questions the colonial relationship between the United States and Puerto Rico at the centennial mark of U.S. Citizenship for Puerto Ricans (1917-2017), while also commemorating the traditions of Puerto Rican bike clubs in New York.  Paintings, historic ephemera, and other works by Luciano will also be includes.

An opening reception will take place on Wednesday, February 1, 7-9pm, and is open to the public. Gallery hours are Tuesday–Saturday, 10am-6pm; Sunday, 12-6pm, and closed Mondays. Gallery admission is free. Group and individual tours are available on Wednesday mornings. A number of free public programs will take place in conjunction with the exhibition.
Ride or Die acts as a powerful commentary on the current economic and political crisis in Puerto Rico and examines its impact on the diaspora. Luciano references aspects of Puerto Rican history through vintage Schwinn bikes, using the year of their production, their signature features, and even their color as symbolic touchstones. He links the bike sculptures to flags and other objects of political and cultural significance to connote Puerto Rico’s contesting political parties as well as such aspects of Puerto Rican history as migration to the U.S. and the history of the Young Lords, the 1960s activist group in New York. The bicycles also speak directly to Nuyorican popular culture, especially the traditions of Puerto Rican bike clubs, active in New York since the 1970s. Members use their bikes as a form of personal and creative expression, while also fostering a tight sense of community. 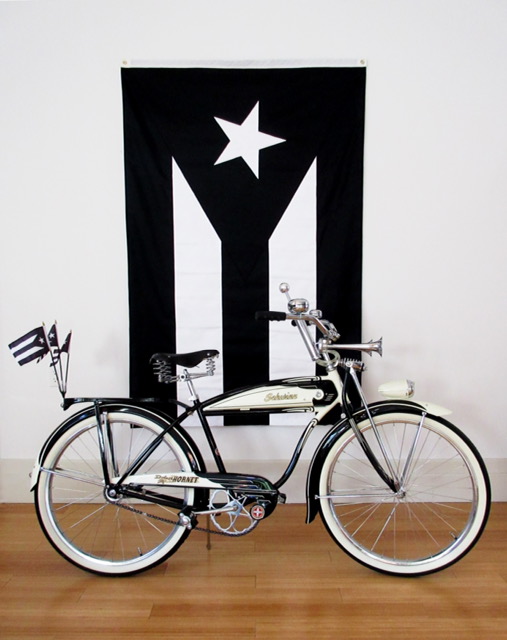 Elizabeth Ferrer, Vice President, Contemporary Art at BRIC said, “Miguel Luciano is one of the most significant artists at work today examining issues relevant to the Latino community. He taught himself the craft of bicycle customization, to create work that makes visible the political and social undercurrents in the bikes themselves, and that powerfully speak to the realities of Puerto Ricans on the island and in the United States.”
Performances and Public Programs
All events are free, open to the public, and take place on the Stoop at BRIC House. Unless otherwise noted.

Wednesday, Feb 8 | 7PM
Island Promesas: A Conversation on the Economic Crisis in Puerto Rico
A panel discussion about the effects of the current economic crisis in Puerto Rico. Panelists will include Miguel Luciano, Ed Morales, Ian Seda-Irizzary, and others TBA. Ed Morales is Lecturer, Center for the Study of Ethnicity and Race, Columbia University.  Ian Seda-Irizzary is an Assistant Professor in the Department of Economics at John Jay College of Criminal Justice, New York.

Tuesday, Feb 21 | 7PM
The Stoop Series: How to Do Social Practice
Miguel Luciano joins other artists and moderator Elizabeth Grady of A Blade of Grass to discuss how social practice art projects are developed and supported. 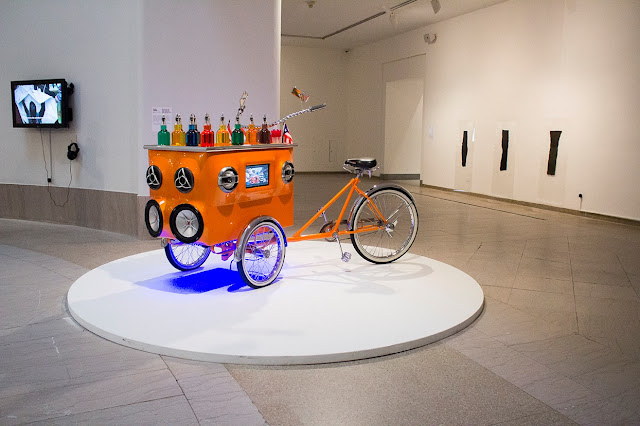 About Miguel Luciano
Born in San Juan, Puerto Rico in 1972 and based in Brooklyn, Miguel Luciano produces work across varied media to address issues related to Puerto Rican culture and history, especially the island’s fraught relationship with the United States. Working with painting and drawing, sculpture, public art, and community interactions, Luciano draws upon a range of visual references, often reorganizing elements of popular culture, religions, and consumer iconography into new hierarchies to create new narratives that advocate for social and political change.

Miguel Luciano has had numerous solo exhibitions including one curated by artist Juan Sanchez at CUE Art Foundation, NY, in 2006. Other solo shows include those at Taller Boricua, NY; Lozenzo Homar Gallery, Philadelphia; the Center for Latino Arts, Boston; and the Instituto de Cultura Puertorriqueña, San Juan. His work has also been presented in numerous group shows, such as those at Smithsonian American Art Museum and Art Gallery of the Americas, both Washington, DC; Museo de Arte de Puerto Rico, San Juan; Kuona Trust Gallery, Kenya; and Zverev Center of Contemporary Art, Moscow. Luciano was an international fellow with smART power—an initiative of the Bronx Museum of the Arts and the U.S. Department of State's Bureau of Educational and Cultural Affairs. He has received awards, grants, and residencies from the Louis Comfort Tiffany Foundation, the Joan Mitchell Foundation, the Mid Atlantic Arts Foundation, the New York Foundation for the Arts, the Lower Manhattan Cultural Council, and the Kitchen. Luciano’s work is included in the permanent collection of the Brooklyn Museum; the Bronx Museum of the Arts; El Museo del Barrio; the Newark Museum, NJ; the Smithsonian American Art Museum, Washington, DC; and the Museo de Arte de Puerto Rico. His work has been reviewed in Art in America, The Washington Post, ARTnews, Sculpture magazine, The New York Times, The Village Voice, and the Utne Reader.

Luciano earned a BFA from the New World School of Arts, Miami, and an MFA from the University of Florida. He is a member of the MFA faculty at the School of Visual Arts, New York. www.miguelluciano.com
Gallery at BRIC House Miguel Luciano New York Noticias 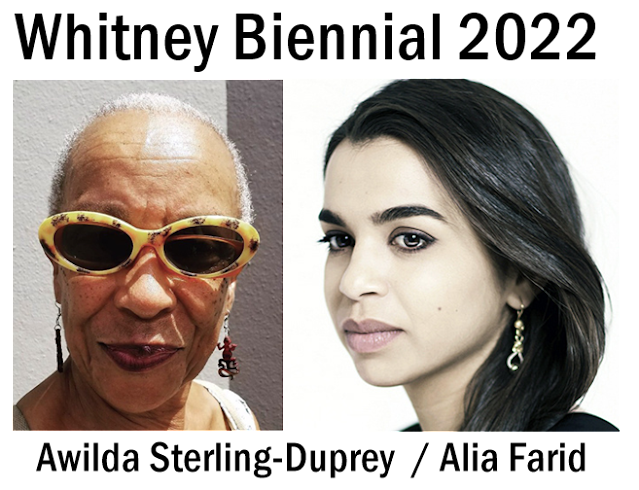 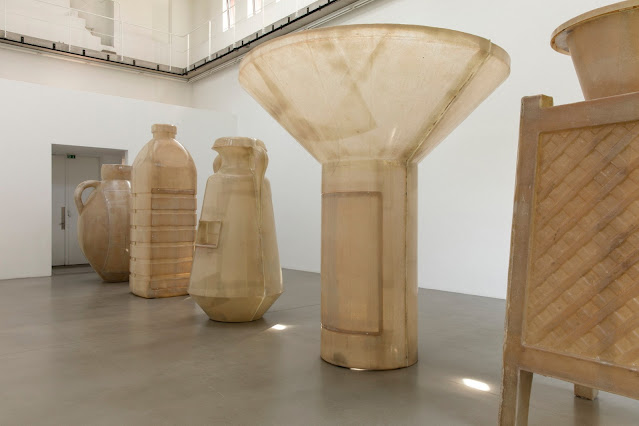