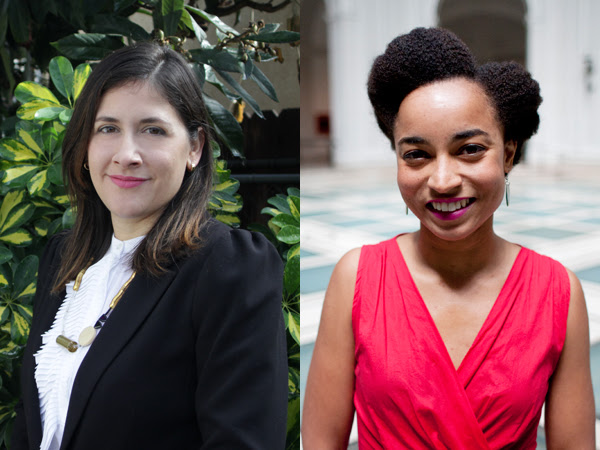 NEW YORK —The Whitney Museum of American Art is pleased to announce that Marcela Guerrero and Rujeko Hockley have been appointed as assistant curators. Hockley, an assistant curator at the Brooklyn Museum, will begin working at the Whitney on March 6; Guerrero, a curatorial fellow at the Hammer Museum in Los Angeles, will join the curatorial team on April 25.

Scott Rothkopf, the Whitney’s Deputy Director for Programs and Nancy and Steve Crown Family Chief Curator, noted: “Marcela and Ru have distinguished themselves as two of the brightest and most passionate curatorial voices of their generation. Having worked across the country in California, Texas, and New York, they add a wide range of knowledge and new field-specific expertise to the Whitney’s curatorial team. Their scholarly acumen is matched by a frontline commitment to emerging artists, and I have no doubt their contributions to the Whitney’s program and collection will help broaden and reshape our narratives of the art of the United States, both past and present.”

“It is a great honor to join the curatorial staff of a museum that has historically sought to redefine and celebrate the ever-evolving concept of American art and support its dynamism,” said Guerrero. “I’m especially interested in exploring the contributions and impact of Latinx artists in the United States. The possibilities enabled by such a forward-thinking museum are truly energizing.”

Hockley remarked: “I am thrilled to be transitioning from one incredible world-class institution to another. I am looking forward to working with a fantastic team of colleagues and an unparalleled permanent collection, advancing the Whitney’s vital mission at this exciting moment in its history.”
Marcela Guerrero Noticias INTL Rujeko Hockley The Whitney Museum of American Art