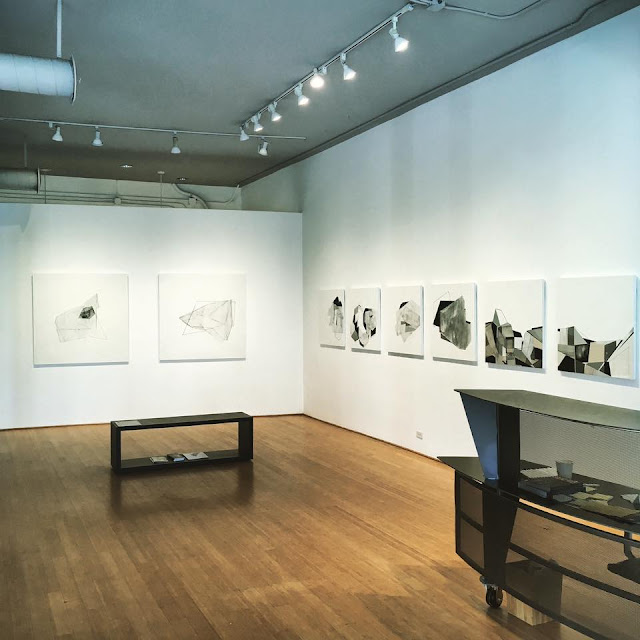 Denver CO - Michael Warren Contemporary (MWC) is pleased to present “Surface.” We will be showcasing 3 concurrent exhibits with work by Puerto Rican artist Ramón Bonilla, Marietta Patricia Leis, and Jenene Nagy. Each of the three use a reduced palette of grays, blacks, blues and whites to draw attention to the surface of their works.

The Puerto Rican artist Ramón Bonilla's recent series titled Build To Suit recognizes the complexity of urbanized space to envision an idealized reconstruction of the subliminal dialogue that happens between buildings, natural areas and its dwellers. Bonilla abstracted landscapes and architectural elements with flattened perspectives that form compositions that literally rest on the surface of his black and white panels. 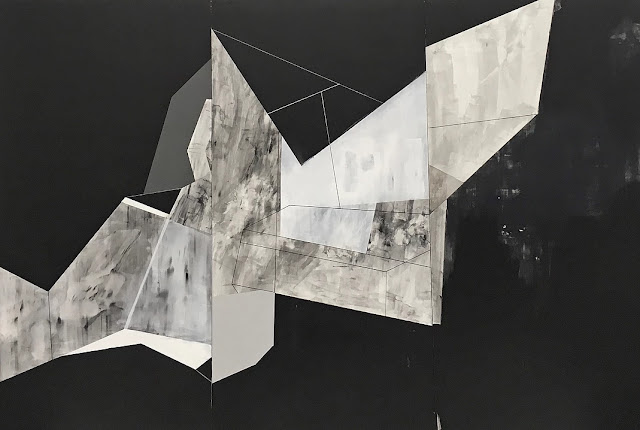 The temperature of the atmosphere underneath your skin is an exhibition of new works by Jenene Nagy.  Nagy uses graphite to exploit the inherent properties of the material. It is the build up of the act that creates the phenomena.  When the viewer moves, the light moves, causing the composition to reveal/conceal itself. Jenene Nagy manipulates the way the viewer reads the surface of her paper work with repetitive graphite marks that run in different directions. 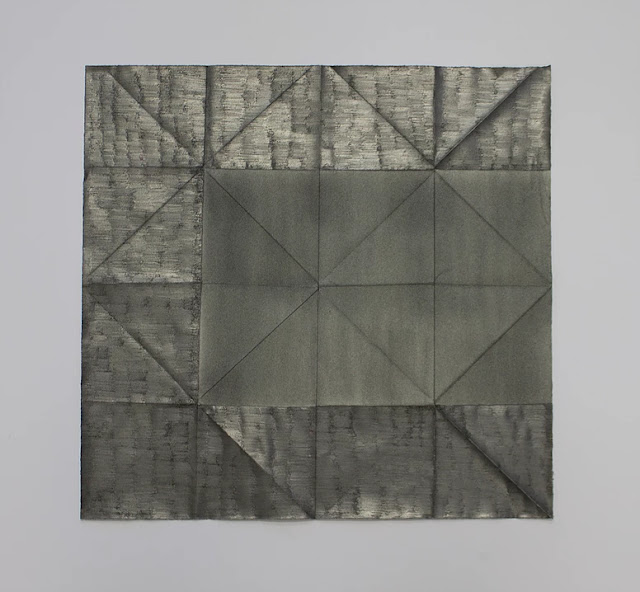 "The temperature of the atmosphere underneath your skin”, Jenene Nagy
Photo courtesy by Michael Warren Contemporary

Marietta Patricia Leis presents her series “Antarctic” based on an expedition to the region. Leis uses translucent blues and grays to catch the light on her sculptures that appear as icebergs piercing the surface of the gallery walls with shadows literally extending the pieces beyond their apparent forms. 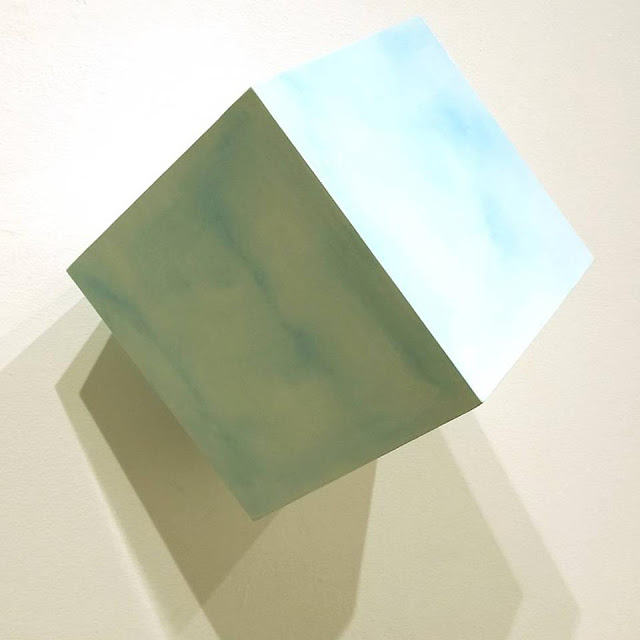