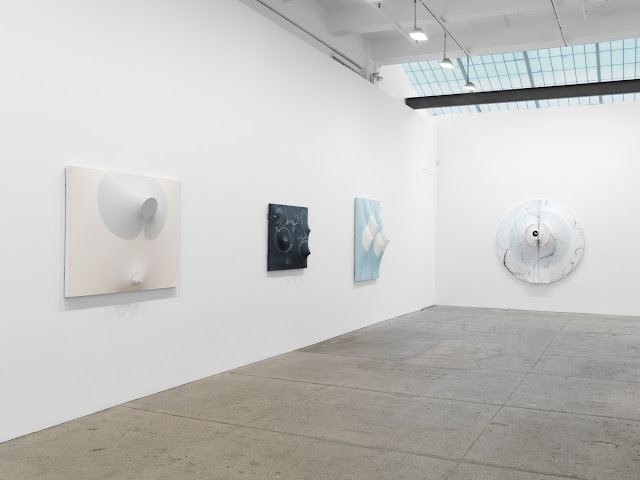 
Galerie Lelong is pleased to present Constructivist Dialogues in the Cuban Vanguard: Amelia Peláez, Loló Soldevilla & Zilia Sánchez, a group exhibition of three Cuban painters engaged in geometric and constructivist practices from the 1930s to the present. While all three painters enjoyed the support of the Lyceum women’s club gallery, a women’s social and intellectual institution in Havana, their connections go beyond gender. The exhibition reveals shared interests in architecture and space, as well as pattern and color, demonstrating geometric abstraction’s long history in Cuba.

Amelia Peláez (1896-1968) was arguably one of the most pivotal artists of the Cuban avant-garde, widely recognized as having ushered in the vanguard’s second “baroque” generation in the 1940s. Her groundbreaking cubist-style still lifes are set in Spanish colonial domestic interiors which pulsate with color and the movement of a black arabesque. The exhibition features still lifes (1940s-1960s) and ceramics (1950s) by Peláez, which exemplify the way in which color and line go beyond their representational duties and begin to serve abstract purposes in her oeuvre. These works also demonstrate the careful geometric planning underpinning the construction of her paintings.

Loló Soldevilla (1901-1971) was an early leader in the development of hard-edged, geometric compositions that emerged in Cuban painting in the 1950s. Though Sandú Darié had preceeded Soldevilla onto geometric terrain in Cuba, it was Soldevilla’s 1956 return from Paris that sparked a geometric revolution in Cuban art. Her delicate paper collages (1954), low reliefs and free-standing sculptures (1954-1958), together with important curatorial projects in Havana, catalyzed a boom of geometric art that coalesced under the ruberic los diez concretos (the concrete ten). Such works appeared to be a radical and deliberately international break with the vanguard’s earlier pursuit of a modern and authentic expression of Cuban national identity in the 1920s-1940s. 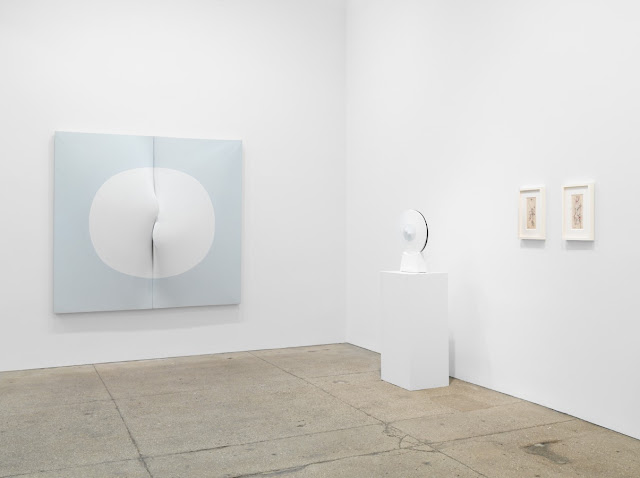 Zilia Sánchez (b. 1926), a younger painter, is known for her large organic forms, expansive fields of color, and uniquely shaped canvases. Sánchez created her first shaped canvas in the early 1950s, and subsequently developed her signature style of stretching canvas over wooden armatures while living in Havana, New York (1962-1966; 1968-1970) and Madrid (1966-1968). Works such as Lunar V (Moon V), ca. 1973, show a hybrid of painting and sculpture that has as its constant the research of an erotic sensuality.
The artists’ shared exhibition history, with Peláez showing her work alongside the new abstract generation in the 1950s, challenges the art historical narrative of a rupture between the early vanguard and its later, more abstract manifestations. In 1951 Peláez and Soldevilla exhibited in Art Cubain Contemporain at Paris’ Musée National d’Art Moderne and in 1954 Peláez and Sánchez exhibited in the Lyceum’s Homenaje a José Martí: Plástica Cubana Contemporánea, an exhibition that established international styles, particularly gestural abstraction, as a politically motivated rejection of the Batista dictatorship. In 1956 Peláez exhibited with Sánchez and Soldevilla in a group show at the Galería Cubana, and again with Sánchez at a special exhibition of female painters at the VIII National Salon organized by the Ministerio de Educación of the Instituto Nacional de Cultura. Then, in 1957 when Soldevilla founded the Galería Color-Luz (Gallery Color-Light) after her return from Paris, Peláez and other early vanguardistas participated in the inaugural exhibition alongside the gestural and geometric painters of the fifties.
By presenting these three artists together in the same gallery space, it becomes clear that the younger painters continued and elaborated the experiments with color and line, geometric patterns and grid-based compositions begun by Peláez. As geometric abstraction became more prevalent in the 1950s, Peláez’s works also see an uptick in geometric orientation, made apparent in her 1956-57 mural sketches.
While each artist had a variety of experiences that contributed to her unique expression, there was significant concordance here as well. All three had solo exhibitions at the Lyceum women’s club gallery, a key venue of the Cuban vanguard since its founding in 1928, and a site of prior vanguard resistance to political dictatorship. All three spent many years abroad, laying cosmopolitan foundations for their abstract practices. Their shared interest in Cubism and Constructivism informed their common inquiry into architecture, the role of space in painting, and the translation of their painterly experiments into three-dimensional objects.
For Constructivist Dialogues in the Cuban Vanguard Galerie Lelong has worked closely with scholar and curator Ingrid Elliott. Elliott was co-curator of the exhibition Amelia Peláez: The Craft of Modernity at the Pérez Art Museum in 2013-2014. Galerie Lelong has been a proponent of modern and contemporary Latin American art and has presented exhibitions by some of its most vital figures for over two decades, including Alfredo Jaar, Ana Mendieta, Cildo Meireles and Hélio Oiticica. The gallery continues to be actively engaged in the cross-generational representation and support of women artists. Lelong presented Zilia Sánchez’s first gallery exhibition in New York in over thirty years in 2014.
Exhibition:  “Diálogos constructivistas en la vanguardia cubana: Amelia Peláez, Loló Soldevilla & Zilia Sánchez” runs through June 25, 2016 at Galerie Lelong 528 West 26th Street New York, NY 10001 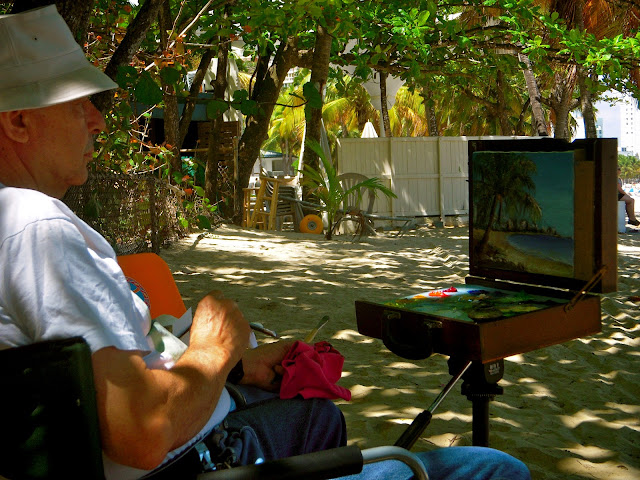