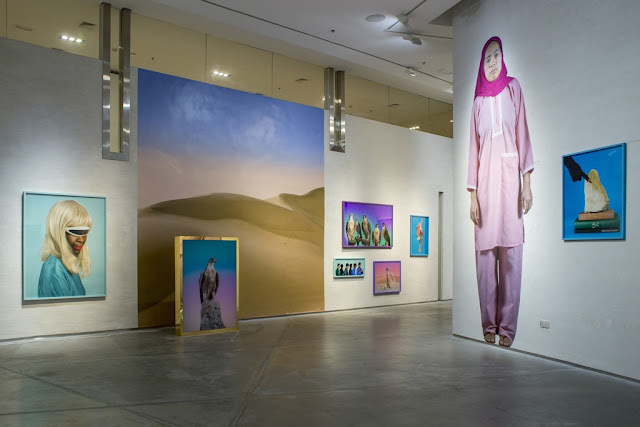 Working across photography, mixed media and film, Doha based artists, Christto & Andrew have been breaking boundaries with their bold compositions since forming their artistic union in 2012. Colourful and daring, the pair works in partnership to produce a stream of hyperrealism that blends humour and portraiture while generating strong statements that challenge vapid and misleading stereotypes about the Gulf region.

Traditional ideas about photography are continually being challenged with the incorporation of new tools and methods, including widespread uses of appropriation and performance, paving the way for radical changes in how we conceive of this art form. Christto & Andrew are part of an artistic movement bent on toppling long held stodgy structures. After receiving international acclaim through their inclusion in Foam Magazine’s, “Talent” Issue in 2014, Christto & Andrew have continued to evolve this vision. Their practice employs an evocative contemporary narrative that is fresh and exciting, with compositions that dabble in sarcasm and the fantastic presenting an alternative viewpoint on recent developments in the Gulf, defying any attempts by the main stream to pigeonhole them, or their reflections on the region. 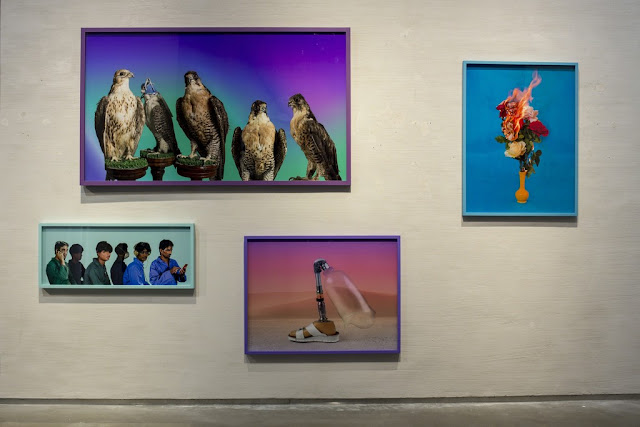 Christto and Andrew’s practice involves a symbiotic process, strengthened by a cross-pollination of their differing backgrounds.

Christto Sanz (b.1985) received a BA from the School of Fine Arts, Puerto Rico before completing his Master in Visual Communication & photography from Elisava, Spain. Andrew Weir (b. 1987) holds a BBA from Universtitat Ramon Llull, Spain and an MA in Museum & Gallery Practice from University College London - Qatar. 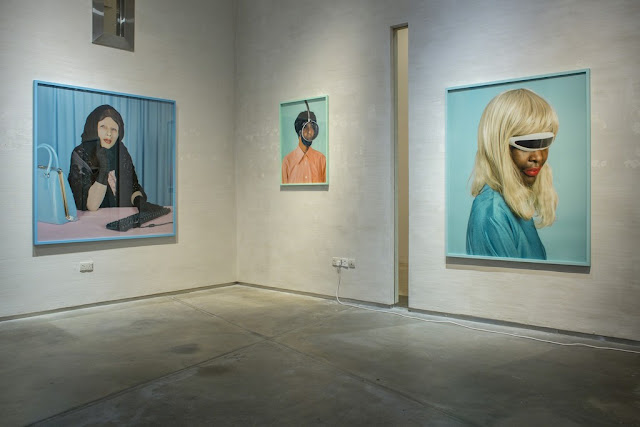 By using photography as a tool to narrate history and interrogate the ways history is written, interpreted and understood Christto and Andrew bring together exaggerated colors and juxtapose design elements, creating photographs comment and invite discourse on how contemporary culture in today's societies, particularly in the Gulf region. They create a platform that utilises multiple perspectives as they investigate an understanding of time in a way where the present, past and future all overlap and question traditional understandings of modernism and postmodernism.