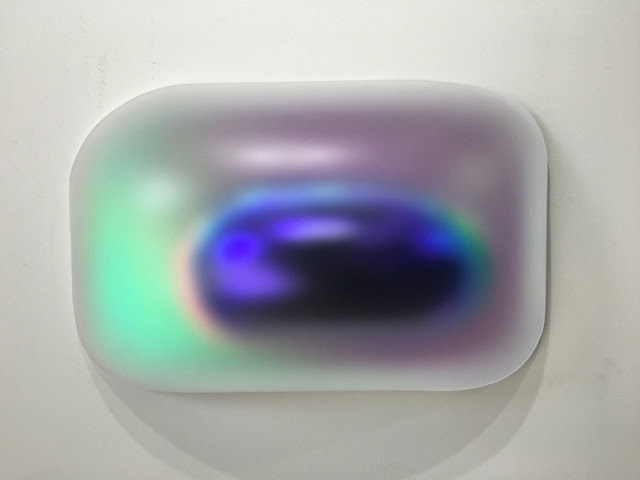 
McClain Gallery is pleased to present Radiant Space, featuring works by Peter Alexander, Richard Anuszkiewicz, Larry Bell, Gisela Colon, Stephen Dean, Christian Eckart, Gary Lang, De Wain Valentine and Marc Vaux. These artists share an interest in materiality, perception, light and color in pursuit of an experience that transcends the purely visual. Radiant Space includes paintings and sculptures by several pioneers of the Light and Space movement as well as artists who share their interest in the use of light and color as medium.

Larry Bell, Peter Alexander, and De Wain Valentine along with a number of other very notable West Coast artists such as James Turrell, Robert Irwin and John McCracken, played important roles in the creation and popularization of the Light and Space movement which sprang up in the late 1960s in Los Angeles. Roberta Smith from the New York Times, states: “These artists’ lack of interest in making visual objects led them to start creating situations that gave the viewer a new awareness of visual perception.” Instead of applying paint to canvas, or sculpting in bronze, they focused on light as their medium: a material found in abundance in Los Angeles.  Radiant Space features iconic Valentine “Discs,” Alexander “Bars,” and Bell “Cubes.” The innovations achieved by the Light and Space Movement were influential to artists who similarly focused on spatial phenomena. 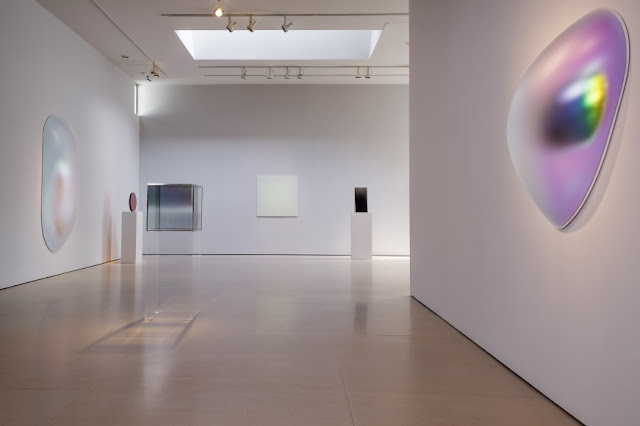 The concept of a space where art manifests resulting in a contemplative, spiritual experience is present in Christian Eckart’s pieces as well.  His Limbus Painting evokes traditional religious icon paintings.  The title of the series, “Limbus” refers to the period between the crucifixion and resurrection of Christ, a time the artist addresses as “a state of becoming.” Eckart sees the medium of painting “as an entryway or vehicle to the transcendent.” His recently completed Hobby Airport commission Cloud Room Field, fabricated from hundreds of panes of dichroic glass, utilizes both the environment’s natural luminance and the continuous motion of the airport’s security checkpoint to create a dynamic visual experience. Stephen Dean also employs the use of dichroic glass by combining fragments of the material with sheets of black aluminum foil and simple brown paper to highlight a shift of color and reflection that changes according to the viewer’s perspective. Gisela Colon’s “Glo-Pods” represent the work of the next generation of California Light and Space artists. The pods are produced using a technique called “blow-molding,” where she layers tinted acrylic sheets atop one another and then using hot air, molds them into the desired anamorphic shape. Her sculptures emanate diffused light and color. 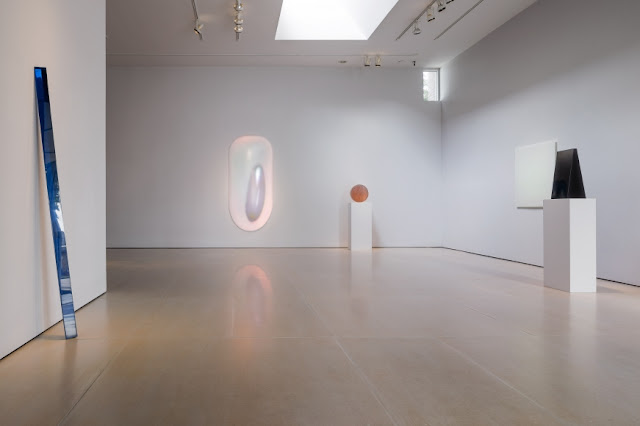 Similarly, the Op Art movement explores the optical effects of color theory and perception. The work of Richard Anuszkiewicz is synonymous with the movement. Anuszkiewicz’s use of strict geometry is offset by his use of intense color, resulting in vibrating abstraction. Gary Lang’s work has been described by writer Erik Quint as “pure sensation,” and his large circle paintings mimic “time machines for exploring space and light without beginning or end.” For artists such as Eckart, Dean, and Marc Vaux, it is the straddling of 2D and 3D art that makes the work most distinct.

Gisela Colon (b. 1966, Vancouver, Canada) was raised in San Juan, Puerto Rico and moved to Los Angeles after receiving her BA from the University of Puerto Rico.  Her work is the subject of a solo exhibition, which began at the Butler Institute of American Art, Youngstown OH and will travel to International Museum of Art & Science, McAllen, TX; Castellani Art Museum, Niagara, NY; Museum of Arts and Sciences, Macon, GA; Roswell Museum and Art Center, Roswell, NM and San Angelo Museum of Fine Arts, San Angelo, TX. Colon’s work will also be included in two upcoming group exhibitions at the Chabot Museum, Rotterdam, The Netherlands and the Palmer Museum of Art, Penn State University, PA. 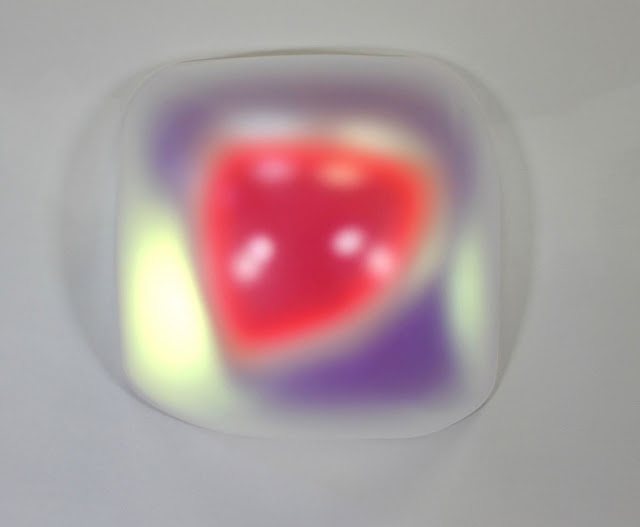