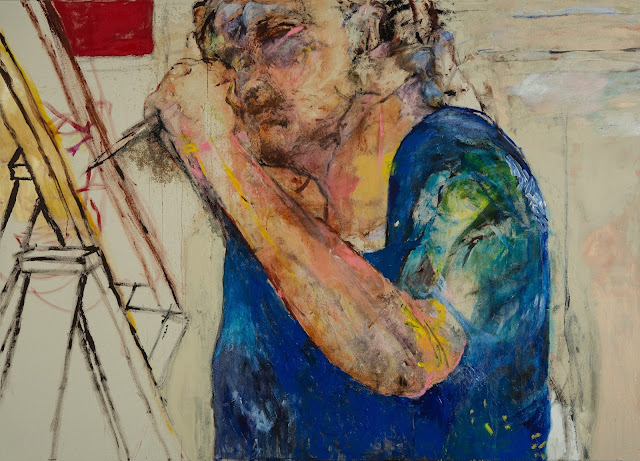 
San Juan, Puerto Rico - Peligro Amarillo / Santurce is pleased to announce After the Shadow by Ruth Dealy, an exhibition of recent paintings exploring the feminine gaze and landscapes, presented with the participation of René Morales, Curator, Pérez Art Museum Miami, from June – July 2016. The opening reception is on Saturday, June 18, at Calle Cerra 627 in Santurce, the arts district of San Juan, Puerto Rico, from 6PM – 9PM.

A recipient of several grants and awards, including the coveted Pell Award for Excellence in the Arts, Ruth Dealy is interested in the tension between what is seen and what is felt. Her paintings, both self-portraits and landscapes, are “meditations on ways of seeing and reproducing that seeing, not exactly, but honestly.”

“The word ‘shadow’ has layered meanings for Ruth Dealy,” notes René Morales, Curator, Pérez Art Museum Miami. “The artist’s stated aim is to paint directly from her eye to her hand, ‘without the shadow of editorial opinion falling in between’. Contrary to its traditional metaphorical association with light—with something that elucidates —in Dealy’s conception, reason obscures; it makes things murky. Her work involves an act of negation: to preempt the emergence of judgment, with its attendant baggage of doubt and insecurity, and everything that one must unlearn to see the world for what it is. Negation here is an active process, a struggle to be waged so that the fragile drive of intuition may yield something like a sense of clarity.”
Dealy is one of a group of Rhode Island artists – including Harry Callahan, Malcolm Grear, Aaron Siskind, and Dale Chihuly – who became known as The Rhode Island School based on their emergence in the 1970s as artists from Rhode Island School of Design. 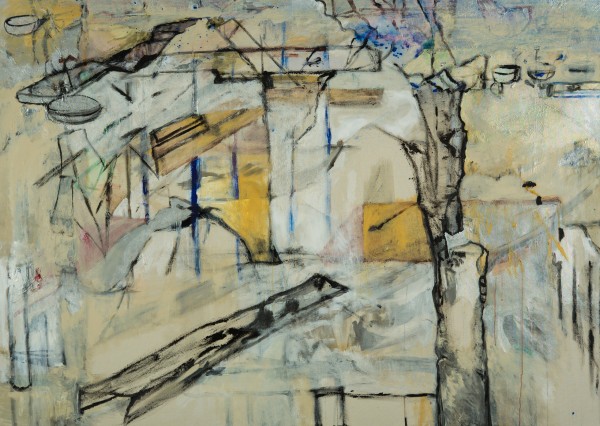 “Throughout her life, Dealy has vied desperately with a different kind of shadow,” Morales wrote in the curatorial statement for After the Shadow. “As a child, she lost vision in her right eye from rheumatoid arthritis. Years later, she developed glaucoma in her other eye and was forced to face in slow motion the terrifying prospect of total blindness. The works from this year-long period of impending sightlessness resonate with undiluted fear. The self-portraits, in particular, evoke the point at which fear becomes something else, something grotesque, deformed; something animal. It is not exactly anger that they display,” he underscores, adding, “Their marks are the flagellations of someone drowning, gasping for air, clawing her way back to the surface. The landscapes that Dealy created in that dark place evoke a different effect. They are more lyrical, their components fading in and out of view while establishing a kind of harmony. They vibrate, as if hovering between two worlds. The unseen presence who wanders lost through those melancholy woods seems captivated by their beauty, attempting to make peace, perhaps, with the possibility that it may soon be lost to her forever.” Morales continues, “What remains constant in the more recent work is the sense that Dealy understands, better than most, that the psychological experience of seeing is inextricably intertwined with the body and its dynamic inhabitation of the world—what Maurice Merleau-Ponty termed the ontology of the flesh.”

The opening reception for After the Shadow is Saturday, June 18, from 6PM – 9PM. The exhibition will conclude at the end of July. This is Dealy’s first solo exhibition at Peligro Amarillo / Santurce. Most recently, she presented paintings with Yellow Peril at ArtHamptons 2015 in Easthampton, NY. 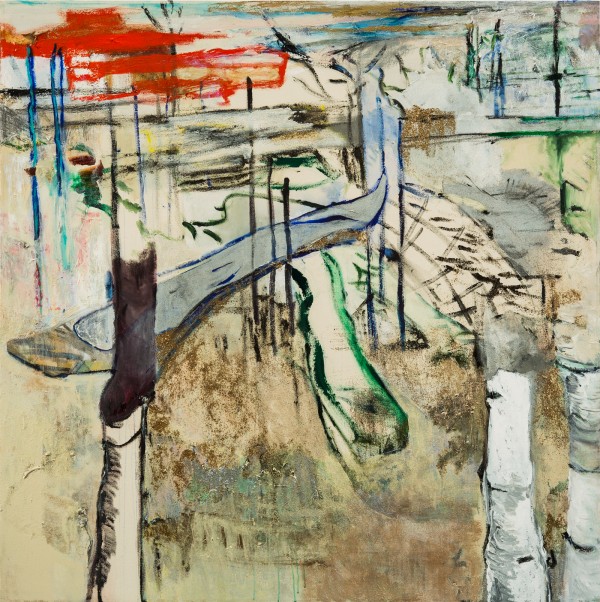 About Ruth Dealy
RUTH DEALY is an artist who has lived and worked in Providence, Rhode Island for almost 50 years. A recipient of several grants and awards, including the coveted Pell Award for Excellence in the Arts, Dealy is interested in the tension between what is seen and what is felt. Her paintings, both self-portraits and landscapes, are “meditations on ways of seeing and reproducing that seeing, not exactly, but honestly.” For more info about Ruth Dealy, visit ruthdealy.com.


RENÉ MORALES is Curator at Pérez Art Museum Miami (PAMM), where he has organized over 25 exhibitions. Before moving to Miami, Morales worked at the Museum of Art, Rhode Island School of Design, where he organized a major exhibition of contemporary art from the Spanish-speaking Caribbean, among several other projects. His writings have appeared in numerous publications, including Cabinet Magazine. Morales received his Bachelor’s degree from Swarthmore College and his Master’s degree from Brown University. For more info about his work at PAMM, visit pamm.org.