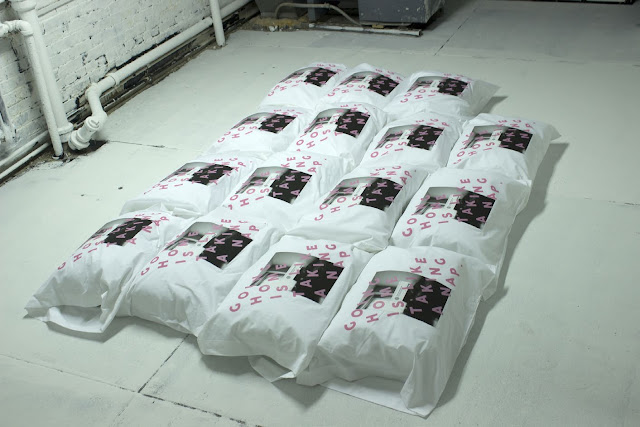 Sabroso Projects is pleased to announce its first Collective Pop Up Show, Vaivén. The word Vaivén (vah.ee.ven) is found in the creole vocabulary of Puerto Rico, meaning “to go back and forth,” is a dialogue of the curious characteristics of the creole identity of Puerto Ricans between the artists Franco Frontera and Hernán Ayala, curated by Antonio Delvalle-Lago. The show is based on using the Puerto Rican identity and traditions as a medium to manifest and inform the actual humanitarian crisis that the Island is facing and also to create awareness of the diaspora community and progressive thinkers of this stalemate.

This Pop Up will be showcased at Williamsburg’s own Caribbean Social Club, which is the last community venue that focuses in offering a non-official Embassy for the nostalgic Puerto Ricans and Second Generation Puerto Ricans in NY, by preserving traditions found in Puerto Rico’s Golden Era. Caribbean Social Club was founded over thirty years ago, by María Toñita Cay, and has been part of a small Puerto Rican community found in Brooklyn. The space has been acknowledged by the MoMA and the Tribeca Film Festival through a documentary based on the owner and the club as well. Caribbean Social Club also functions as a timeline to expose Puerto Rico’s past and present status, of the same people coming and going inside the venue every week, in similarity with what some would experience in the Island of people coming and going to their homes and venues such as this one. 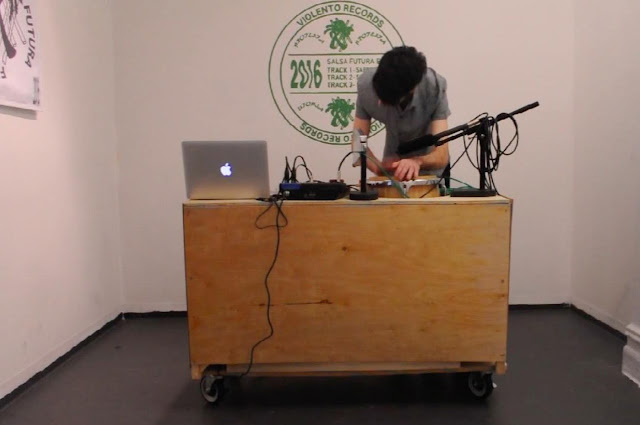 The venue also resembles what we call a “chinchorro,” which is a small and often forgotten bar in the Island where you usually find cheap drinks and food. Often times, these bars are found in the rural side of the Island or non-gentrified communities, becoming the epicenter of deep roots culture of Puerto Rico. Inside you’ll find an obsessive display of memorabilia, such as photographs of past friends, famous Puerto Ricans, and Puerto Rican pop-culture items that represent a value of nostalgic essence in the eyes of this decreasing community.

Franco Frontera, MFA graduate from School of Visual Arts of NY, has focused on sound art for the past two years. Frontera is currently working on a project called Salsa Futura. Salsa Futura, as he defines it, is the re-invention of “conscious salsa,” which was originally created in the 1970s by Willie Colon and Rubén Blades. Salsa Futura has a mission to revive the anecdotes of salsa songs found at a past era, putting them on context with the modern issues that Puerto Rico is facing today.

Hernán Ayala, BFA graduate from Pratt Institute of NY, has the mission to deconstruct colonial thinking on the island by creating digital collages out of appropriated images of past/present tourist propaganda and leisure and super imposing them with images of internal conflicts such as the Vieques Marine Occupation, the genocide of the 1930s and the social crisis the Island has faced for the last 20 years. By joining forces of Franco Frontera and Hernán Ayala, what we seek in this exhibition is the adaptation of their works inside the space, becoming part of it but also contrasting itself through concept, and to serve more recognition of the creole identity and the reality of our experience as Puerto Ricans.