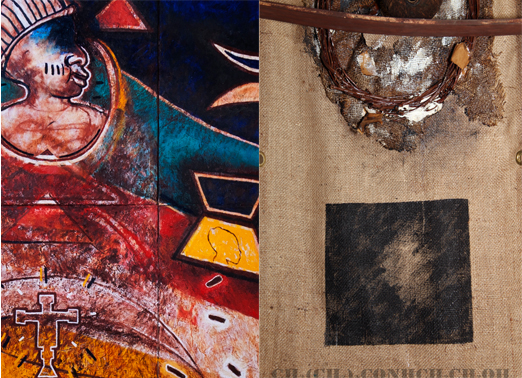 PRART NEWS - The Carter Burden Gallery is pleased to announce three new exhibitions: Akashic Archives by Diógenes Ballester, Prima Materia by Luis Stephenberg and On the Wall by Liz Curtin. The opening reception will be held September 17, 2015 from 6 – 8 PM. The exhibition runs through October 8th at 548 West 28th Street in New York City. The Gallery hours are Tuesday-Friday, 11am-5pm, Saturday 11am-6pm.

Akashic Archives exhibition by Diógenes Ballester draws out the parallels and contrasts between the Sanskrit philosophical/mythological concepts embedded in Tattwas Indian culture and African/Taíno roots. Symbols and imagery are interposed in the paintings, telling a cross-cultural story of meaning related to the quest of these cultures to understand the basic primordial elements of life. Diógenes Ballester calls himself an “arteologist.” His recent artistic period demonstrates a developing maturity as a citizen of the world with roots firmly embedded in his Puerto Rican heritage. 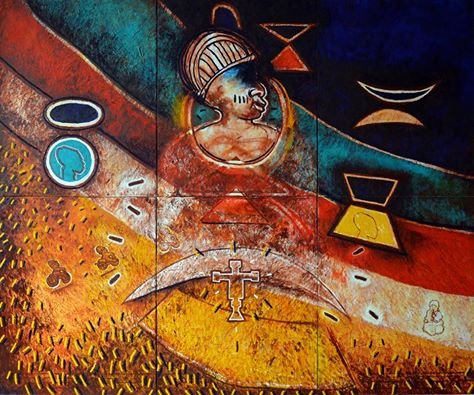 Prima Materia features Luis Stephenberg’s recent work. With Stephenberg's current series Prime Matter he presents the material for art production in the physical enigma, by reducing the chromatic potential and adding the conditions of gravity, elasticity and the basic elementary self. His materials are burlap, wood, paint, rope, coconut, brass, and cooper. The final outcomes are archetypal repositories of the artistic cultural background. Luis Stephenberg has participated in many national and international exhibitions. His work is held in museum and private collections. He works and lives in Bronx NY. 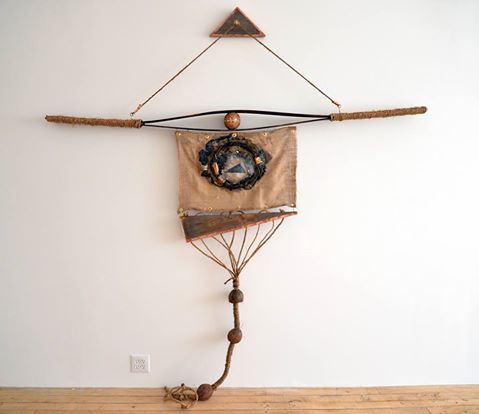 Significant Materials | Luis Stephenberg
The meaning behind each material

Liz Curtin’s large-scale installation will be featured in the gallery space called On the Wall. Curtin’s installation, titled Language, will consist of three large canvas panels that represent how the mind deteriorates with dementia and Alzheimer’s. Curtin’s work is driven by process. The dripping and scribble imagery emerges from her subconscious. Her paint expresses chaos. The shapes mimic how Curtin’s own mother is losing her ability to communicate clearly with language.

About the Carter Burden Gallery