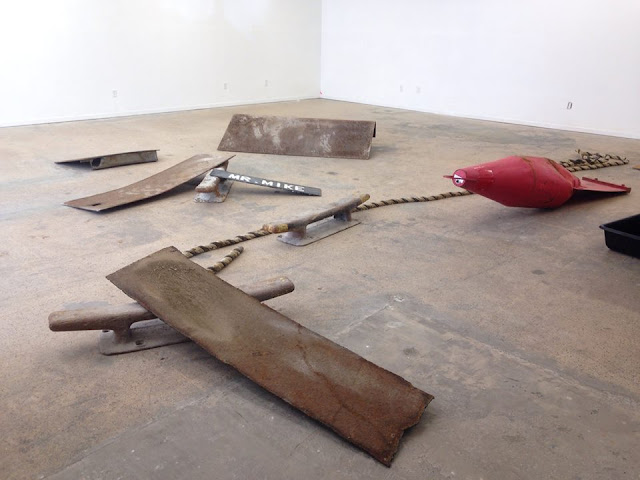 PRART NEWS - Working on board shipping in the Mississippi isn’t the exuberant scene as depicted by George Caleb Bingham in his classic Jolly Flat Boatmen, 1846.  It’s actually lethal.  Instead of a quaintly romantic experience with po’folk dancing a jig on the deck, these flimsy boats regularly sank with all hands. Bingham must have had quite an imagination to conceive his masterwork; in fact, I’d guess most boatmen would have laughed up their sleeves at the picture after cursing him out. The flatboat’s mega-industrial grandchildren, AKA the barges and tugs seen on the river today, crash and overturn regularly. Pilots are legally required to fish corpses out of the grizzly mud banks as a reminder that catastrophe is only an uncharted sandbar or a careless moment away. Chemi Rosado-Seijo (Puerto Rico) and Juan William Chávez (St Louis) are both interested in the slightly less dangerous “wipe out” of skateboarding for Duet’s upcoming exhibition.  Both artists plan to work with damaged and crushed barge hulls to build skate ramps and half pipes in the gallery. Various drawings and films will complement these repurposed objects, juxtaposing the skate culture of each artist’s hometown. The vernacular materials of work and the whimsical impulse of extreme sport come to together in a jolly tribute to the menacing river and the industrious people who work on it. 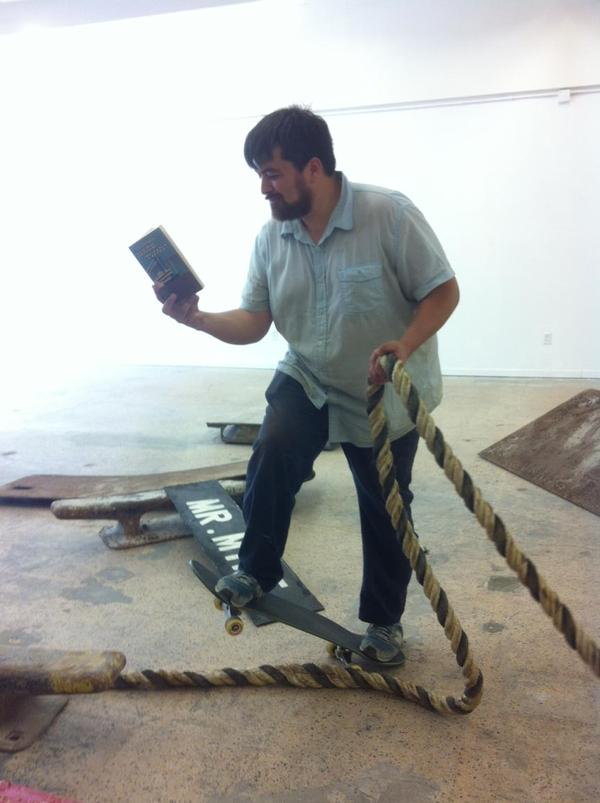 Juan William Chávez - Photos courtesy of Duet / Twitter
Juan William Chávez is an artist and cultural activist who explore the potential of space through creative initiatives that address community and cultural issues. His studio practice incorporates drawings, films, photographs, and architectural interventions, unconventional forms of beekeeping and agriculture that utilize art as a way of researching, developing and implementing socially-engaged projects. He has received awards and grants from the John Simon Guggenheim Memorial Foundation, Creative Capital, Kindle Project, and the Graham Foundation for Advanced Studies in the Fine Arts, Art Matters, the Gateway Foundation, Regional Arts Commission and the Missouri Arts Council. Chávez holds a BFA from the Kansas City Art Institute and a MFA from the School of the Art Institute of Chicago. 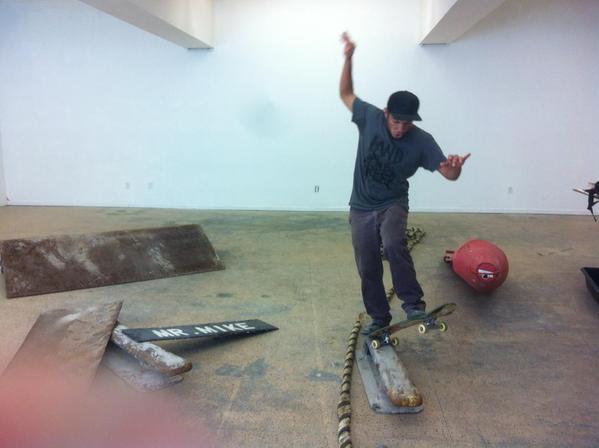 Born in Vega Alta, Puerto Rico, Chemi Rosado-Seijo graduated from the painting department of the Puerto Rico School of Visual Arts in 1997. In 1998, he worked with Michy Marxuach to open a gallery that transformed into a not-for-profit organization presenting resources and exhibitions for contemporary artists in Puerto Rico. In 2000, Rosado had his first solo show at the Joan Miró Foundation in Barcelona, including interventions on billboards around the city. Since 2002, he has worked with residents of the El Cerro community, a poor neighborhood south of San Juan, to present public art projects, workshops and other community initiatives. In 2006, he inaugurated La Perla’s Bowl, a sculpture built with residents of San Juan’s La Perla community that functions as both a skateboarding ramp and an actual pool. Since 2009, Rosado-Seijo has been organizing exhibitions in his apartment in Santurce, creating a center for meeting and exchange in the Puerto Rican contemporary art scene.