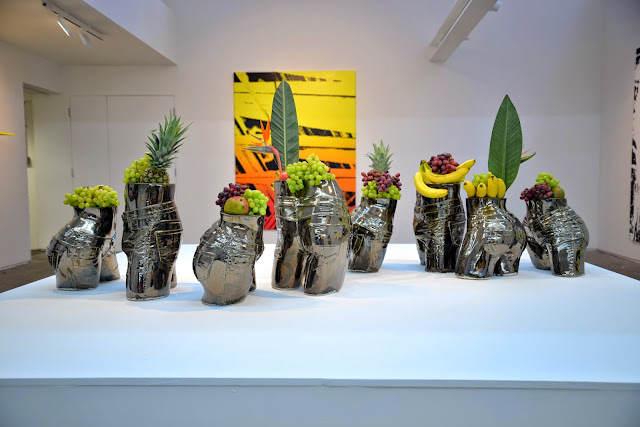 PRART NEWS - Evelyn Yard is pleased to present ROYAL by Héctor Arce-Espasas. This is the first London exhibition by Puerto Rican artist and presents a new body of work consisting of paintings and ceramics.

Arce-Espasas’ work focuses on heritage, cultural identity, and historical timelines. Since graduating, he has addressed ideas of the Exotic, immigration, Colonialism and Post-Colonialism both within the Caribbean and in his adopted home, NYC.

Using the image of flamboyant King Charles II found in the collection of the British Museum just a short distance from the gallery, (who is also famously immortalized in a life-size statue in Soho Square), Arce-Espasas introduces us to the moment in which King Charles II is presented with the epitome of the Exotic, the pineapple. This along with other exotic fruits, as seen in his ceramic ‘fruit stacks’ in the exhibition, caused a frenzy in 17th Century Europe and were often rented by the hour to adorn fruit bowls of the chattering classes as a sign of good taste and social standing. The fruits often end up at Royal court where they were ultimately consumed. 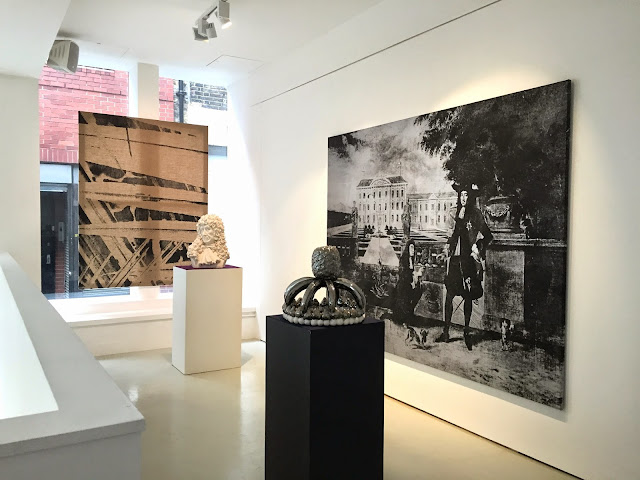 Puerto Rico, an unincorporated U.S. territory can be seen to be a colony of the American Empire. Although citizens of the United States, whilst living on the island Puerto Ricans are not allowed to vote in the Presidential Elections and are reduced to exotic minions.

In this exhibition at Evelyn Yard, the Latin derriere and palm trees have now replaced ‘the pineapple’ as exotic and seductive. Large scale paintings in gold, silver and Caribbean sunsets create the tone and backdrops for a riot of dancing and indulgence created in metallic glazed porcelain. The exotic here becomes, free, fun, and delicious, reveling in itself. 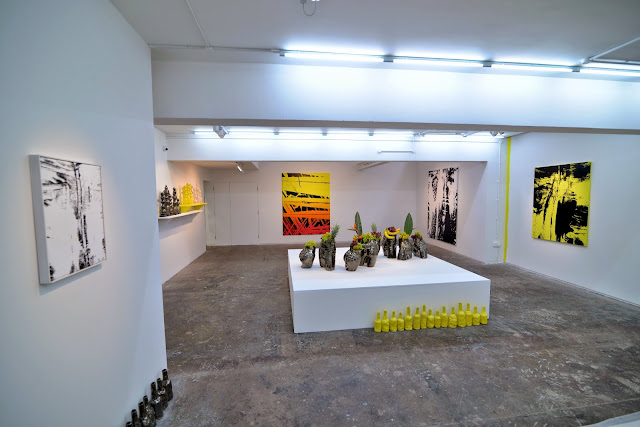