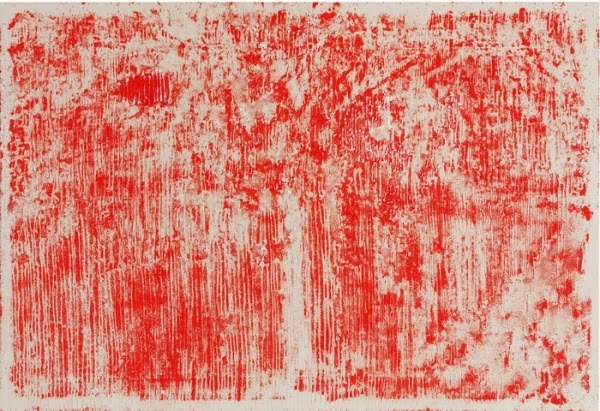 PRART NEWS - Kavi Gupta is proud to announce a presentation of new work by Angel Otero, opening March 28, 2015- May 9, 2015 at 219 N Elizabeth Street, Chicago, IL. In this new series by Angel Otero, photographic images are digitally distilled to a line pattern and transferred to a canvas using a monoprinting technique. An image is traced on to paper and then "stamped" on to the surface of the canvas using silicone, and ultimately covered with powdered pigment that sticks to the adhesive surfaces. The resulting work, and this transformation from concrete image into abstraction is how Otero refers to the way that memory changes over time. 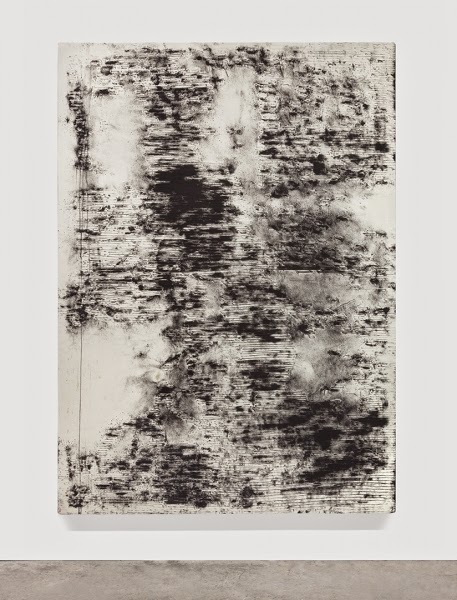 Material transformation is fundamental to Otero’s practice. Distinct images act a starting point, whether personal or culled from the canon of art history, and the transformation occurs through process of layering and subtraction, ultimately producing a new and obscure object. These works are minimal, in color and in material, a stark contrast to Otero’s “paint skin” series. With this method, Otero explores a reconfiguration of both historical and contemporary painting narratives, showcasing the physicality of the material beyond its historical use as an image-maker. 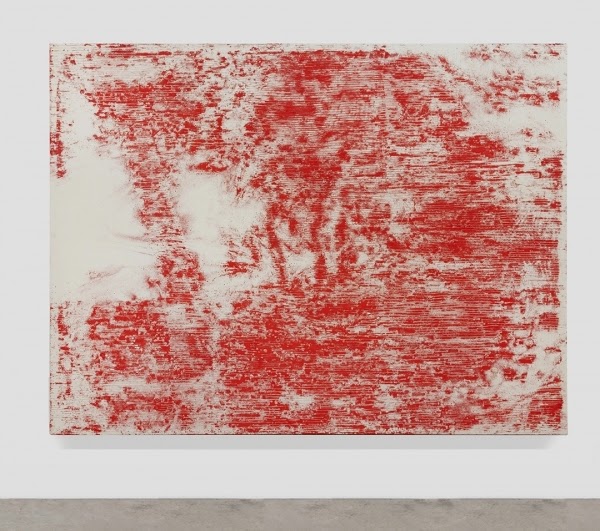 Angel Otero received his MFA from the School of the Art Institute of Chicago. Recent solo exhibitions include Anachronic at Susanne Vielmetter Projects in Los Angeles, CA (2014); Gates of Horn and Ivory at Lehmann Maupin Gallery New York (2013); and Material Discovery at the SCAD Museum of Art in Savannah, Georgia (2013). Recent group exhibitions include Piece by Piece: Building a Collection at the Kemper Museum of Contemporary Art in Kansas City, MO (2015); Horizon at Lehmann Maupin in Hong Kong (2015); Between Worlds, curated by Jane Neal, at Galerie Isa in Mumbai, India (2014); Unbound: Contemporary Art After Frida Kahlo at the Contemporary Museum of Art in Chicago, IL (2014); Mystic Fire at Paradise Row in London, England (2014); and Outside the Lines at the Contemporary Art Museum Houston (2013).
Angel Otero art arte Chicago Gupta Gallery Puerto Rico