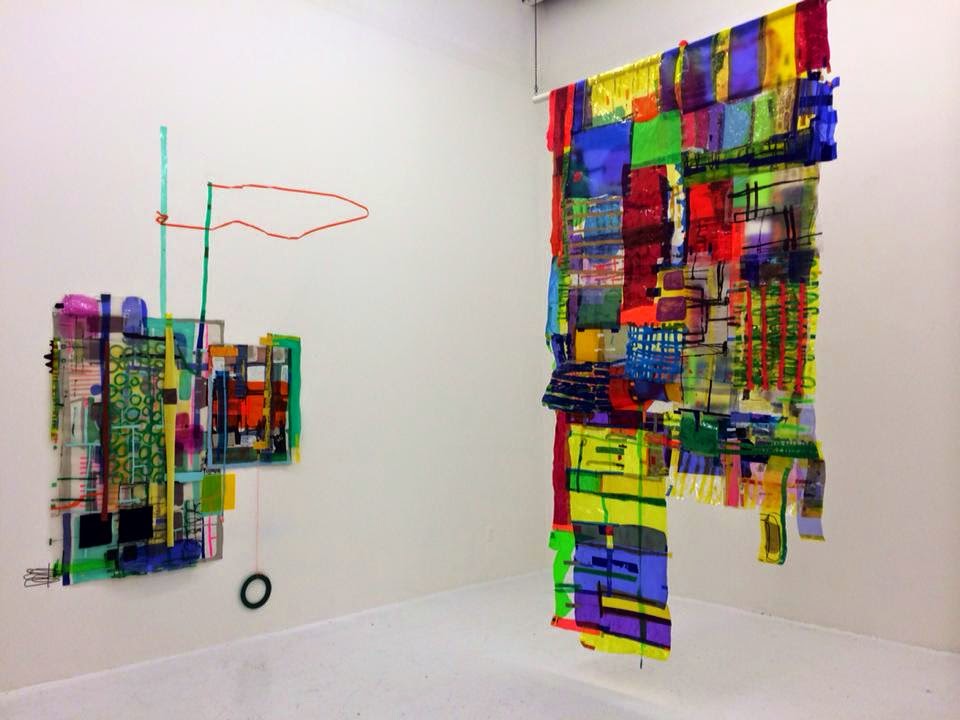 PRART NEWS - The Hole is proud to announce a group show of emerging art from Puerto Rico, Jesús Bubu Negrón, Ivelisse Jiménez, Radamés Juni Figueroa, Nathan Budoff, José Luis Vargas,  curated by Nathan Budoff. From the curator: “Qué no se acabe la fiesta!” (February 7 – 22, 2015) is an exhibit of recent work from Puerto Rico that arrives in New York during the bleakest weeks of winter. A call to join the party, it is composed of complex, compelling artworks. The Caribbean is renowned as a celebratory region, springing from the traditions of festival in their varied manifestations throughout the region, and reinforced by the marketing and real development of tourism, an industry rooted in leisure and celebration. 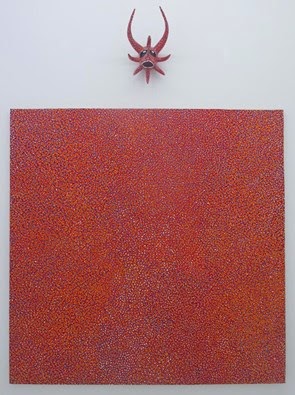 Jesús Bubu Negrón’s piece, The Spirit Behind the Vejigante Mask, comes out of the traditional masks produced for many years in Ponce and the southern coast of Puerto Rico. Most noted for the many horns that strike out from their surfaces, these masks feature a simple pattern of dots which is what Negrón is drawn to, consciously rescuing an element of the craft of mask making. These works reflect on abstract gesture painting and its relation to craft and traditional design, situating it in a vital, festive tradition and in the sentiment of taking to the streets, of being in a noisy crowd under a warm sky.

Ivelisse Jiménez’s work uses similarly bright, vital colors. Her pieces integrate a variety of materials, many recycled, within the visual referent of painting, but extending into the space and responding to the specific installation site. This conjunction of the formal and the informal, the considered and the encountered gives the work an informality as well as an elegant unpredictability. This work interacts with rigorous abstract concerns while conserving a playful freedom that belies its deep consideration.

Radamés Juni Figueroa consistently works with referents tied to quotidian life in Puerto Rico, exalting play and capturing spontaneous cultural invention. Tropical Readymade 3 captures and amplifies the daily business of life while using it as the source for a sophisticated abstract investigation. The “Capitan” paintings set unsavory characters to dance and sing, recapturing and reframing the maritime history of the Caribbean with humor and rhythm. 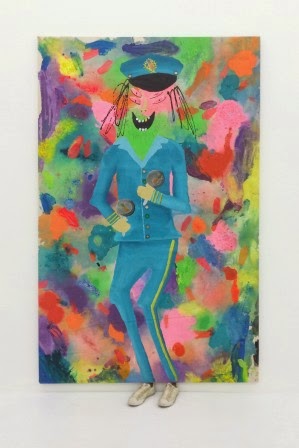 Nathan Budoff’s large ceiling painting Island in the Sky examines the strange vitality of human settlement on islands, conflating New York and Venice, setting them together both afloat in the sky and the ocean, and imagining the island city as a creature swimming through the waters. Set in a tropical ocean, the island navigates between swimmers and fish, above stark trees that could be coral, just off the shore of a beach where a child plays. The elements rendered in charcoal are equally if not more concrete than the full-color painted characters.

José Luis Vargas’ work is similarly syncretic, integrating stain and realist drawing, text and graphite. His longstanding interest in the esoteric and the mysterious are invested in this instance with an ambiguity in the object-subject relationship as to who is the protagonist: the artist rendered in a self-portrait or the creature above him. Restrained in its formal means and its use of color, there is an aspect of relic or remnant to the work as well as an improvisational sensation.

The party is vital and heartfelt. Maybe it is already over, maybe it is internal and imagined. And yet it is an alternate paradigm, a way of seeing human socialization, a way of confronting life that posits other solutions and different interactions. May the work keep on, may life keep surprising, may the music play, qué no se acabe la fiesta!